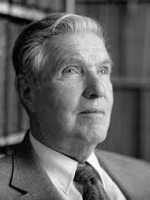 Originally from Los Angeles, Richard O. Cowan was a professor of Church history and doctrine at Brigham Young University when this was written. He received a doctorate in history at Stanford University in 1961 and has been a member of the BYU Religious Education faculty since that time. Cowan is the author of nine books and numerous articles. He served as chair of committees preparing Gospel Doctrine lessons for the Church from 1981 to 1993. He served as Church History Department chair from 1994 to 1997. He taught at the BYU Jerusalem Center during fall 1989 and at BYU–Hawaii during spring 2007. He was named BYU Professor of the Year in 1964–65 and received the Karl G. Maeser Distinguished Teaching Award in 1969. He received the Phi Kappa Phi award in 2003 and was chosen to give a devotional assembly address on April 3, 2007. He and his wife, Dawn, have six children and twenty-two grandchildren.