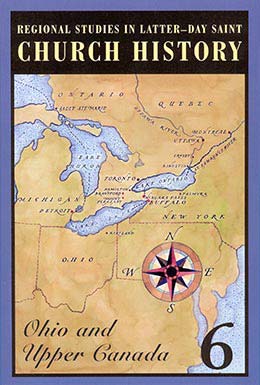 Ohio became the first gathering place for the Saints in this dispensation when the Lord declared, "A commandment I give unto the church, that it is expedient in me that they should assemble together at the Ohio" (D&C 37:3). Members of the Church in New York responded to this command by gathering in and around Kirtland, Ohio, where the Lord promised that He would give them His law and endow them power. Revelation was abundant and sometimes accompanied by the Lord's presence. Almost half of the revelations in the Doctrine and Covenants were received in Ohio. Soon, stretching northward into Canada, the message of the restored gospel reached the homes of John Taylor, Mary Fielding, and other early converts. This book also tells the story of journalist and political activist William Lyon Mackenzie and his interest in the Saints.