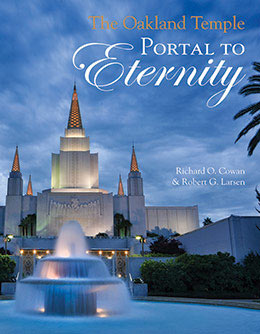 The Oakland California Temple plays an important role in the culture of the Bay Area. This book tells the story of the temple from early prophecy to the construction and dedication and through its jubilee. When David O. McKay announced that the Oakland Temple would be built, referring to prophecies by Brigham Young and others, he declared, “We feel that the time has come when these prophecies should be fulfilled.”

During the temple dedication service, Elder Gordon B. Hinckley stated: “This temple is not only a thing of beauty and of joy to those who see it. It is a living expression of a testimony.”

This story is enhanced with beautiful and historic images, including many color photographs.