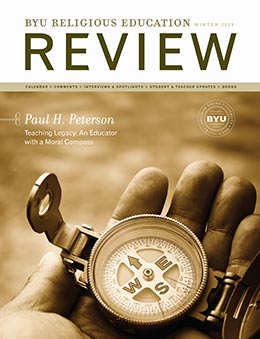 Richard O. Cowan (richard_cowan@byu.edu) was a professor of Church history and doctrine at BYU when this was written. 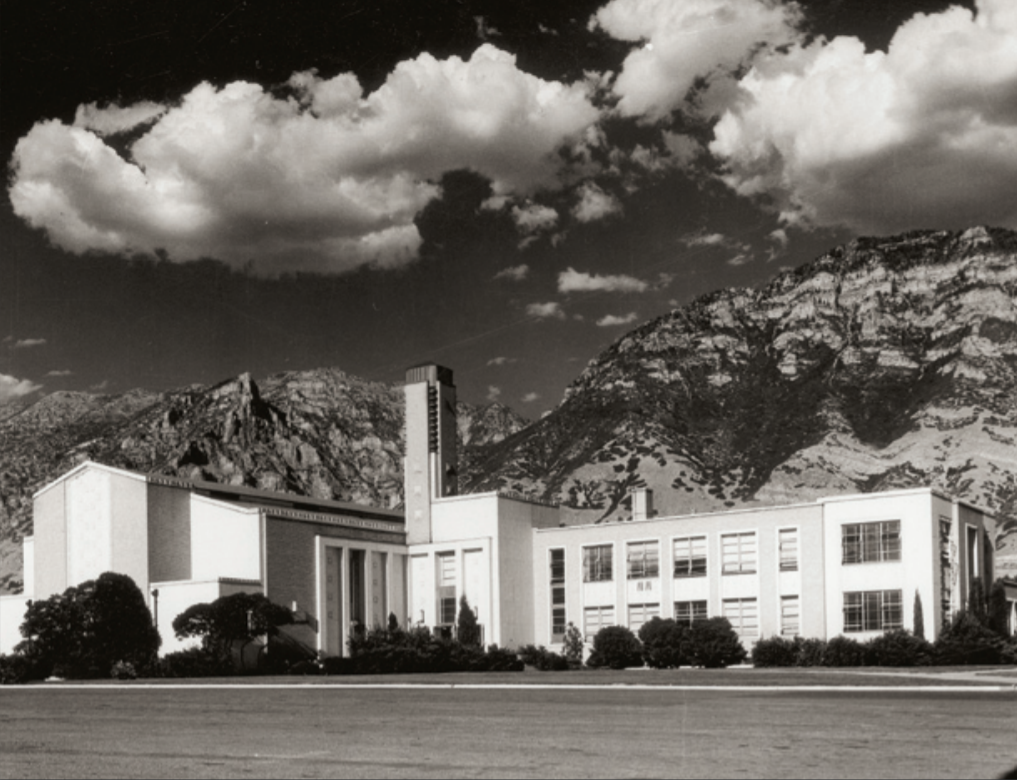 Many are surprised to learn that for years all major plays, concerts, and assemblies were held in the auditorium of the original Joseph Smith Building. The building also housed the campus’s main ballroom and cafeteria. Even more surprising, for many years the majority of religion faculty did not even have offices there.

How did the building come to be? In 1937 the board approved “a new building to provide for Chapel Assemblies and the Social needs of the students.” It would be located east of the Brimhall Building on the site of the BYU sports field.

Ground was broken on October 16, 1939. Presiding Bishop LeGrand Richards explained how the new structure would be part of the Church welfare program. The wards in the twelve Utah Valley stakes were asked to supply laborers. Each stake was asked to donate building materials where possible. Male students were also invited to donate one day at a time to further the work. With all this help, construction progressed ahead of schedule.

Some referred to the building’s largest room as a chapel and believed it should be furnished with traditional pews. Others called it an auditorium and favored individual theater chairs. The board adopted a compromise: there would be long benches of oak, but they would have individual imitation leather seats and padded backs covered with mohair.

The beautiful new structure was dedicated on Founders’ Day, October 16, 1941 ( just seven weeks before the attack on Pearl Harbor). The proceedings focused on the Prophet Joseph Smith, for whom the building was being named. The dedicatory prayer was given by President David O. McKay, Second Counselor in the First Presidency, who petitioned, “Let thy Spirit be in every room of this institution, and be in the heart of every instructor.”

At that time the famed organ in the Salt Lake Tabernacle was being extensively rebuilt; therefore much of the old organ was installed in the JSB auditorium, including some of the pipes built by Joseph Ridges.

Construction of other campus buildings impacted the role of the JSB. Assemblies were moved to the George Albert Smith Field House at the beginning of 1952. With the opening of the Harris Fine Arts and Wilkinson centers in 1964, plays and concerts were moved from the JSB, and greatly needed offices were constructed in the space formerly occupied by the cafeteria and ballroom.

By the end of the 1980s, there was a growing need to improve the seating and equipment in classrooms, create a more adequate entrance on the north, and provide elevators to give access to the upper floors, where all but three classrooms were located, and to the basement, where most of the offices were situated. The building also needed to be upgraded to meet new earthquake codes. It became apparent that it would be cheaper to build a new structure than patch up the old one. Those who had taught in the Joseph Smith Building for many years regretted losing an old friend but looked forward to the substantially improved facilities of the new building.