The Lā'ie Hawai'i Temple: A Century of Aloha 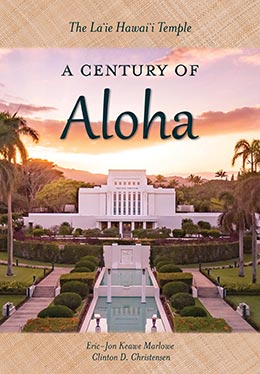 Built amid sugarcane fields on the island of O‘ahu and dedicated in 1919, the Lā‘ie Hawai‘i Temple was at the forefront of a Churchwide shift away from gathering to the Intermountain West. This temple was among the first brought to the people, and for decades it stood as the closest temple geographically to half the planet. One of the first Latter-day Saint temples to accommodate large numbers of patrons from different cultures speaking different languages, it has been one of the most ethnically prodigious temples of the latter days. It was an early physical symbol of the boldness of a relatively young and provincial church to take the fullness of the gospel, realized only in temples, to every nation, kindred, tongue, and people. Commemorating the Lā‘ie Hawai‘i Temple’s one hundredth anniversary, this volume shares the remarkable history and contributions of this beloved temple.