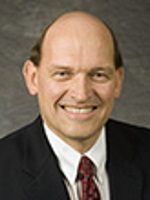 Alexander L. Baugh was a professor in the Department of Church History and Doctrine at BYU when this was written. He received his BS from Utah State University and his MA and PhD degrees from BYU. He specializes in researching and writing about the Missouri period of early Church history (1831–39). He is the author or editor of five books. In addition, he has published nearly fifty historical journal articles, essays, and book chapters. He is a member of the Mormon History Association, the Mormon Historic Sites Foundation, and the John Whitmer Historical Association, the last of which he served as president from 2006 to 2007. He is the editor of Mormon Historical Studies, codirector of research for the Religious Studies Center at BYU, and a volume editor for The Joseph Smith Papers. He is married to the former Susan Johnson, and they are the parents of five children and have six grandchildren. He and his family reside in Highland, Utah.