Banner of the Gospel: Wilford Woodruff 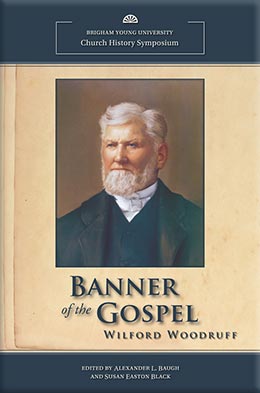 Wilford Woodruff was different from his predecessors and successors in one particular way—he left an incredibly detailed handwritten record, spanning over sixty years, of nearly everything he did and experienced. He is arguably the third most important figure in all of LDS church history after Joseph Smith, who began Mormonism, and Brigham Young, who led the Saints to Utah and supervised the early colonization of the intermountain west.

Through his skillful, inspired leadership and direction, Wilford Woodruff helped bring about accommodation and change, leading the Church into the social, cultural, and religious mainstream of American society.

This book is a compilation of presentations selected from the annual BYU Church History Symposium hosted by BYU Religious Education to honor Wilford Woodruff, to explore his life and the many roles he filled, and to celebrate the two-hundredth anniversary of his birth.