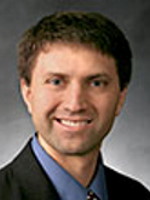 Kerry Muhlestein was a professor and associate chair of the Department of Ancient Scripture at Brigham Young University when this was written. He received his BS in psychology with a Hebrew minor from BYU. As an undergraduate he spent time at the BYU Jerusalem Center for Near Eastern Studies in the intensive Hebrew program. He received an MA in Ancient Near Eastern Studies from BYU and his PhD from UCLA in Egyptology. He taught courses in Hebrew and religion part time at BYU and the UVSC Extension Center, as well as in history at Cal Poly Pomona and UCLA. He also taught early-morning seminary and at the Westwood (UCLA) Institute of Religion. His first full-time appointment was a joint position in religion and history at BYU–-Hawaii. He is the director of the BYU Egypt Excavation Project. He and his wife, Julianne, are the parents of six children, and together they have lived in Jerusalem while Kerry has taught there. He has served as the chairman of a national committee for the American Research Center in Egypt and has worked with Educational Testing Services on their AP World History exam.