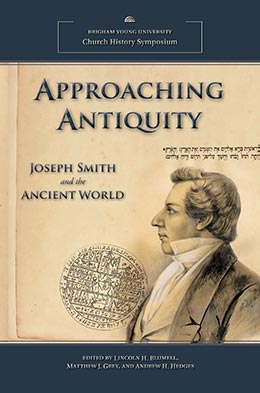 This volume is a collection of essays by prominent LDS scholars–including keynote speakers Richard Bushman and David Holland–that discuss the interest in the ancient world shared by Joseph Smith and the early Latter-day Saints. Topics include Joseph Smith’s fascination with the ancient Americas, his interaction with the Bible, his study of Hebrew and Greek, his reading of Jewish and Christian apocryphal writings, and his work with the Book of Abraham in the context of nineteenth-century Egyptology. Together, these essays demonstrate that Joseph Smith’s interests in antiquity played an important role in his prophetic development as he sought to recover ancient scripture, restore the ancient Church, and bring the Latter-day Saints into fellowship with the sacred past.