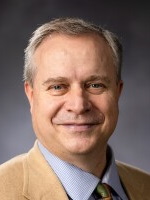 Jared W. Ludlow was an assistant professor of ancient scripture at Brigham Young University when this was written. He spent six years teaching religion and history at BYU–Hawaii and served the last two years there as chair of the history department. Ludlow received his bachelor's degree in Near Eastern studies from BYU; his master’s degree in biblical Hebrew from the University of California, Berkeley; and his PhD in Near Eastern religions from UC Berkeley and the Graduate Theological Union. His primary research interests are in ancient Judaism and early Christianity.  His dissertation was published as a book, Abraham Meets Death: Narrative Humor in the Testament of Abraham, by Sheffield Academic Press.