The Life of Joseph F. Merrill, Scientist, Educator, and Apostle 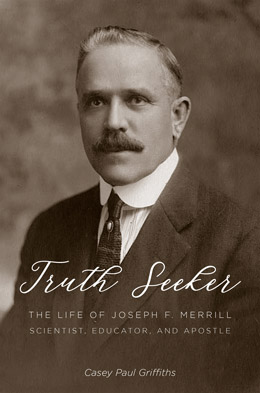 Joseph F. Merrill became the first native Utahn to earn a PhD. Working at the University of Utah, he labored to reconcile the secular world with the spiritual world of his youth. In 1912 he helped establish the first Latter-day Saint seminary at Granite High School. As Church commissioner of education, he helped establish the institutes of religion, with a mission to allow college students to reconcile the secular truths learned in university settings with the truths of the gospel. He created the Religion Department at Brigham Young University and encouraged young scholars to produce professional studies of the Latter-day Saint religion. In 1933 Merrill was called as an Apostle, where he continued his work to modernize the Church. In the final years of his life, Merrill continued to work to show that science and religion could be reconciled.