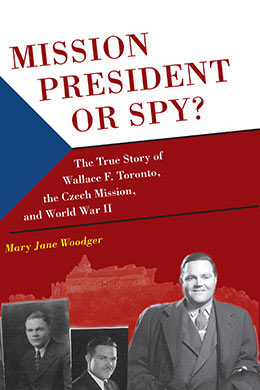 How could the longest-serving Latter-day Saint mission president be considered one of the Communist Regime’s most wanted American spies during the post–World War II era? Don’t miss this true story of faith, testimony, and miracles amidst war, Nazis, communism, and espionage. This enticing story will captivate you as you read about Wallace Toronto, who defied the Nazis, Communists, and Czechoslovakian prisons to preach the gospel of Jesus Christ.

This book offers a glimpse at the life of Wallace (Wally) F. Toronto with emphasis on the World War II era. Saints in Czechoslovakia had the same amount of time as those in other countries to prepare themselves for resistance to the Nazi and Communist regimes. Yet they fared much better. Toronto experienced missionary work in the most diverse of circumstances, yet he helped established a foothold so firm that Czechs, as stubborn believers, endured war and almost sixty years of repression.