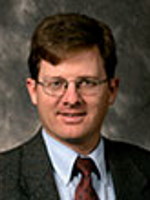 Frank F. Judd Jr. was an associate professor of ancient scripture at Brigham Young University when this was written. Born and raised in New Jersey, Judd served a full-time mission to Sacramento, California. Judd earned a BA and and an MA in ancient Near Eastern studies from BYU and an MA and a PhD in New Testament and early Christianity from the University of North Carolina at Chapel Hill. He has been a full-time teacher at BYU since 1999 and has taught at the BYU Jerusalem Center for Near Eastern studies. He is married to the former Jill Fillmore, and they have five daughters.