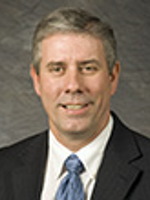 Dr. Terry B. Ball was the Dean of Religious Education from 2006 to 2013, and is now a professor of religious education at Brigham Young University. He received his education from BYU: a BS in botany and education, an MA in ancient Near Eastern studies, and a PhD in archaeobotany with an emphasis in the ancient Near East. He has taught and traveled extensively in the Holy Land, including at the BYU Jerusalem Center for Near Eastern Studies. He and his wife, DeAnna, have six children.