The Summerhays Lectures on Science and Religion 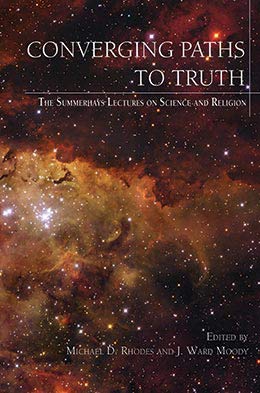 Many great scientists such as Newton and Einstein spoke and wrote freely of their religious thoughts and feelings, seeing no fundamental conflict between them and their science. Today there is a tendency to emphasize conflict more than harmony. Sometimes people of faith are criticized as blind, naive, or shallow, while scientists are painted as arrogant, unfeeling, or deceived. Educated dialogue between these two camps has too often been reduced to shallow platitudes or, even worse, silence.

Truth is not in conflict with itself. Religious truth is established through revelation, and scientific inquiry has uncovered many facts that have thus far stood the test of time. It is incumbent upon us to seek insights into all truth to mesh together, where possible, its parts at their proper interface. We discover bridges between scientific and religious knowledge best if we pursue them through study, faith, and ongoing dialogue. The Summerhays lectures and this book are dedicated to discover and share insights on how the truths of revealed religion mesh with knowledge from the sciences.