Joseph Smith's Translation of the Bible 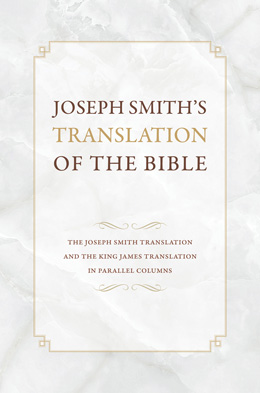 The complete text of the Bible revision made by Joseph Smith, the Latter-day Saint prophet and founder of the Church of Jesus Christ of Latter-day Saints, presented with modern punctuation and spelling and with the original chapter and verse divisions created by Joseph Smith and his scribes. The Prophet labored on the Bible project from June 1830 until July 1833. In his lifetime, he and his contemporaries referred to this work as the New Translation. Since the late 1970s it has most often been called the Joseph Smith Translation.

The New Translation makes significant contributions to Latter-day Saint beliefs, particularly in the early chapters of Genesis. Key topics in which the Old and New Testament revisions are the source of significant Latter-day Saint beliefs include the nature of God, the universal impact of God’s work, the plan of salvation, the character and motives of Satan, the fall of Adam and Eve, the antiquity of Christianity, the creation of an ideal community called Zion, the purpose of the law of Moses, and the Second Coming of Jesus Christ. This volume is published in parallel columns with the corresponding verses of the King James Bible.