John Lyon: The Life of a Pioneer Poet 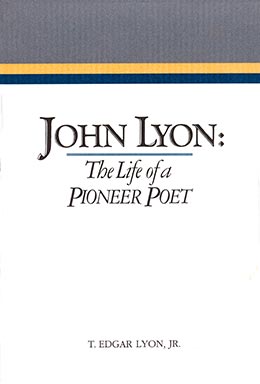 One of Mormondom’s premier poets came from a stone tenement in the slums of Glasgow. Taking readers back to John’s early years, the book recreates early nineteenth-century Scotland, providing an analysis of the social milieu in which he existed, interspersed with autobiographical accounts of his own youthful experiences, including the death of his father, John’s apprenticeship to a weaver at age nine, and his efforts at self-education. As his story continues, we see his bright hopes become reality. Then the gospel found him. He embraced it fully and anxiously awaited the “call” to join the Saints in Zion. As well as telling the story, the author explores the poetry and prose of John Lyon, comparing and analyzing its merits and giving background information on the various writings. Appendices include his poetry and prose.