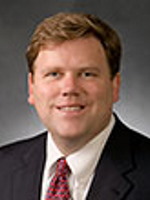 Reid L. Neilson was an assistant Church historian and recorder and managing director for The Church History Department of the Church of Jesus Christ of Latter-day Saints in Salt Lake City when this was written. Born and reared in Southern California, he received his BA in international relations from BYU in 1996. After graduation he worked for Arthur Andersen’s Strategy, Finance, and Economics Division in Los Angeles and London, consulted for Walt Disney’s Strategic Planning Division in Tokyo, and researched for the University of Michigan Business School’s Asia-Pacific Human Resources Partnership in Hong Kong. He took graduate degrees in American history and business administration at Brigham Young University in 2001 and 2002, respectively. In 2006 he completed his PhD in religious studies at the University of North Carolina at Chapel Hill, where he was named an International Studies Scholar for Tomorrow Fellow.

Neilson began his career as an assistant professor of Church history and doctrine at BYU in Provo, Utah. He is the author of several books and has written many essays, book chapters, and introductions and presented dozens of papers on religion, history, and business at a variety of academic conferences. He is writing a history of Mormon missionary work entitled God’s Army to be published by Oxford University Press.

After serving a full-time mission in the Japan Sapporo Mission, Neilson married Shelly Anderson. They are the parents of three children and enjoy snow skiing and international travel as a family.