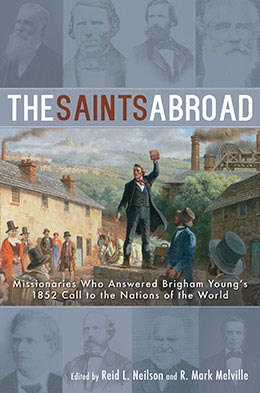 Joseph Smith taught, “Don’t let a single corner of the earth go without a mission.” In response to the Prophet's counsel, years later, Brigham Young and his counselors in the First Presidency planned a special missionary conference in 1852. At this conference, one hundred Latter-day Saint men were called to proselytize in distant lands—the largest cohort of full-time elders in the church’s three-decade history. This book tells the stories and adventures of eight men called to Wales, Prussia, Gibraltar, the Cape of Good Hope, the Sandwich Islands, China, Siam, and Australia. These faithful missionaries left their families, possessions, and newly settled homes in the West to “seek to fulfill the initial obligation given to that church in the very opening of the New Dispensation, namely, to preach the gospel of the kingdom to every nation, and kindred, and tongue, and people.”