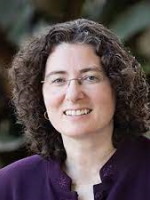 Jennifer C. Lane was an associate professor of Religious Education at Brigham Young University–Hawaii when this was written. She received her PhD in religion from Claremont Graduate University, with an emphasis in the history of Christianity, in 2003. She received her MA and BA degrees from Brigham Young University in ancient Near Eastern studies and history respectively. She serves on the Board of the Society for Mormon Philosophy and Theology. Her presentations and publications include work on adoptive redemption in the Old Testament, the writings of Paul, and the Book of Mormon; Franciscan piety in late medieval Jerusalem pilgrimage and interactions with eastern Christians; New Testament historical context; and Latter-day Saint theology and doctrine.