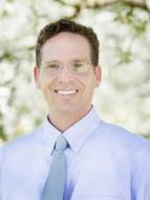 Aaron Schade received a BA in Near Eastern studies from Brigham Young University in 1995. He received an MA in Near and Middle Eastern civilizations (a joint program in Hebrew Bible and Egyptology) in 2000 from the University of Toronto. He was granted his PhD in Northwest Semitic Epigraphy, with minors in Hebrew Bible and Egyptian Languages and Literature in 2005 by the University of Toronto. Upon graduation, Aaron completed a Postdoctoral Fellowship in the Humanities and Social Sciences (in Ancient History and Religions) at the University of Toronto. From 2004 to 2006, Aaron worked in the Department of Classics and Archaeology at Wilfrid Laurier University, where he taught Hebrew and Semitic languages. Dr. Schade joined the faculty of the Department of Religious Education at Brigham Young University–Hawaii in 2006. His current research interests include Phoenician language and linguistics, Old Testament prophets, and the books of Genesis, Moses, and Abraham.