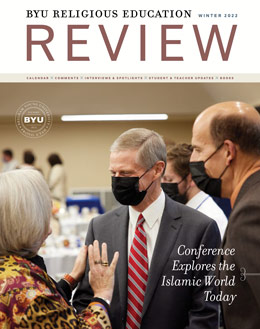 The Book of Moses: From the Ancient of Days to the Latter Days

The genesis of this volume began years ago in Waimanalo, Hawaii, with an invited presentation I (Aaron) gave on the contributions of ancient scripture and the development of modern temple worship. It drew heavily on the teachings and subjects presented in the Book of Moses. Through the years Matt Bowen and I have both taught courses on the Pearl of Great Price and gained a great love for the Book of Moses. We have had many conversations on various topics pertaining to that book of scripture and its significance for Latter-day Saints. At one point, Matt and I agreed we should work on a project dealing with the ancient nuances of the Book of Moses and its impact on Latter-day Saint doctrine and praxis, especially temple worship. This volume is the product of those conversations and our desires to explore these topics in depth.

As we explored the ancient aspects of the text, comparing them to what the Hebrew text of the book of Genesis reveals, we became excited at how the ancient nature of the gospel came to life. The Book of Moses was not just a book of scripture about Moses, but about the gospel’s origins “in the beginning” and its impact in the lives of individuals such as Adam and Eve, Enoch, and Noah. The writings and revelations of the Book of Moses thus had a context relevant to ancient peoples in the earliest epochs, as well as a secondary context within the life of Moses. The effects this revealed knowledge had upon Moses must have been profound as he undertook his prophetic ministry and the work of deliverance the Lord had for him to perform.

Where this book took an unexpected turn for us was in recognizing the effects these revelations had on the development of the restored Church and in the lives of the early Saints in this dispensation and age. It was exciting to us to study the revelations of the Prophet Joseph Smith, his translation of the Bible, and the influence these ancient scriptures and revelations had on the contemporary development of the Lord’s restored Church—their immediate impact “on the ground,” so to speak. Thus, we really wanted the voice of the Lord in these revelations to come to the forefront within the volume. We also wanted to allow Joseph’s voice to be clearly heard as he taught these translations and revelations to the saints.

The process of examining the ancient contexts, modern reception, and modern applications of the revelations and scriptures became a highlight for us in writing the book. The ancient nature of the gospel, the establishment of Zion, the underlying themes of temple worship and covenants all became a part of an interconnected story uniting ancient and modern believers in Jesus Christ. We wrote this book with the intent of facilitating this journey from past to present in the minds of readers, presenting the material in a way that would benefit both churchgoers and scholars alike. These sometimes overlapping yet often disparate audiences may read and study the subject matter for different purposes, so our challenge was to present the material in a way to benefit both. We endeavored to bridge the gap, and sometimes the tension, between scholarship and faith. It was, in fact, through engagement with both scholarship and faith that seemed to have the greatest effect upon us as we wrote the book. We hope others will come to better appreciate the Book of Moses as ancient scripture along with the other revelations from the Lord to the Prophet Joseph Smith as he contemporaneously translated and recorded both ancient and modern scripture, all within the framework of building a Zion society that spanned from Adam—the Ancient of Days—to the latter days.