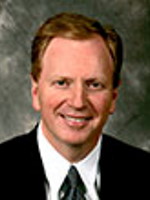 Lloyd D. Newell was a professor of Church history and doctrine at Brigham Young University when this was written and is an associate faculty member in the School of Family Life. He holds an MA in communications and a PhD in marriage, family, and human development from BYU. He has addressed audiences in forty-five states and more than a dozen other countries through his seminars and keynote speaking engagements. He has been a television news anchorman and a news magazine host in Utah, Pennsylvania, and Georgia. He continues to serve as host and announcer for many local and national programs and events. He is also the author of ten books and numerous articles. He has served as announcer and writer for the Mormon Tabernacle Choir inspirational broadcast Music and the Spoken Word since 1990. This historic broadcast—the world’s longest continuing network broadcast—is heard and seen on hundreds of television and radio stations by millions of people around the world. Lloyd and his wife, Karmel, are the parents of four children.