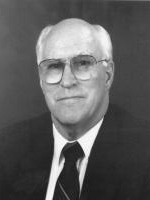 Robert J. Matthews was the dean of Religious Education at Brigham Young University for eight and a half years. He was born in Evanston, Wyoming. Brother Matthews served as a missionary for the LDS church in California from 1946 to 1948. He started his teaching career in Soda Springs, Idaho, in 1955 as a seminary teacher. After that, he taught institute classes in Southern California. In 1968 brother Matthews received his PhD from BYU in Ancient Scriptures. BYU hired him to teach in the Religious Education department in 1971. He retired in 1992. During his lifetime, brother Matthews served as a bishop, high councilor, stake president, first president of the Mount Timpanogos Utah Temple, and stake patriarch. He died on August 30, 2009.