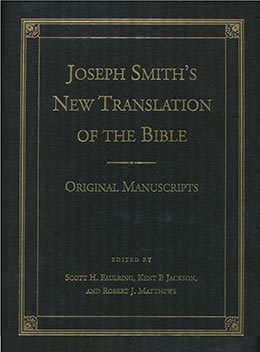 Shortly after the Church of Jesus Christ of Latter-day Saint was organized, the Prophet Joseph Smith was instructed by the Lord to undertake a careful reading of the Bible to revise and make corrections in accordance with the inspiration that he would receive. The result was a work of profound significance for the Church that included the revelation of many important truths and the restoration of many of the “precious things” that the Book of Mormon prophet Nephi had foretold would be taken from the Bible (1 Ne. 13:23–29). In June 1830 the first revealed addition to the Bible was set to writing. Over the next three years, the Prophet made changes, additions, and corrections as were given him by divine inspiration while he filled his calling to provide a more correct translation for the Church. Collectively, these are called the Joseph Smith Translation (JST), a name first applied in the 1970s, or the New Translation, as Joseph Smith and others in his day referred to it.