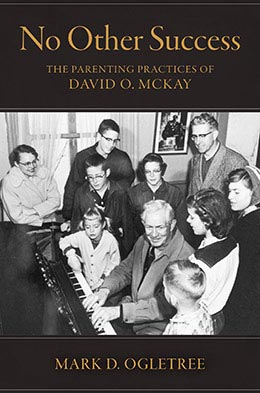 “No other success can compensate for failure in the home” is a statement made famous by President David O. McKay, who taught Church members the importance of focusing on the family. At the age of thirty-two, he magnified his responsibilities as a newly called Apostle. He had to learn to juggle world travel, heavy Church assignments, and duties with his small but growing family. Later, as a member of the First Presidency, he spent a lot of time teaching and fostering both his children and grandchildren. He embraced a new type of fatherhood in which men were more nurturing and involved in their children’s lives. He seemed to be ahead of his time in his parenting style and practices.

This book takes an unprecedented and in-depth look at President McKay’s parenting and family life in his own home and invites readers to learn from his best practices. There are no other books available that take a contemporary parenting theory and apply it backward into history—in this case, taking a closer look at a modern-day prophet who advocated a prominent emphasis on families.