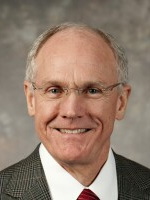 David M. Whitchurch was an associate professor of ancient scripture at Brigham Young University when this was written. He grew up in Salt Lake City, Utah. After graduating from high school, he attended the University of Utah for a year before going on the Southwest Indian mission, Navajo speaking. After returning home, he transferred to Utah State University. He taught for the Church Educational System (Seminary and Institutes) for twenty years and has been at BYU full time since 1998. His teaching career has allowed him to live in the Southwest United States, western Canada, the Middle East, and various places in Utah. He and his wife, Tina, have three children.