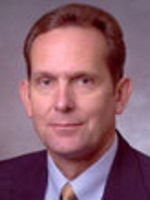 Jeffery Chadwick is a native of Ogden, Utah, and a graduate of Ben Lomond High School. He served an LDS mission in West Germany and West Berlin during the mid-1970s. He received a BA in political science and German from Weber State College in Ogden, Utah, and an MA in international relations and near eastern studies from BYU in Provo, Utah. He studied near eastern archeology, Hebrew, Aramaic, and Egyptian in Israel at Tel Aviv University and the Hebrew University of Jerusalem, and took his PhD in archeology and near eastern L=languages from the University of Utah Middle East Center in Salt Lake City, Utah.

Chadwick serves as Jerusalem Center professor of archeology and near eastern studies at the Brigham Young University Jerusalem Center in Israel, and as associate professor of religious education at Brigham Young University in Provo, Utah. He is also senior field archeologist and director of excavations in Area F at the Tell es-Safi/Gath Archaeological Project in Israel.