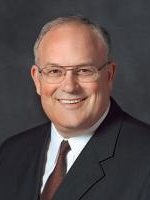 Elder Johnson received his bachelor’s degree from Brigham Young University in zoology in 1978 and a master’s degree in counseling and guidance in 1982. He went on to receive a doctorate in instructional technology from Utah State University in 1989.

He married Jill Washburn in 1976. They are the parents of nine children and have nineteen grandchildren.