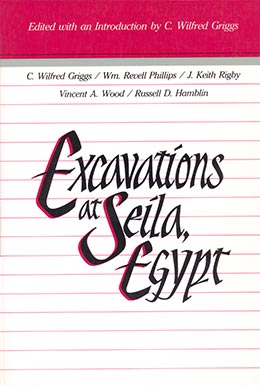 Volume 1 in the Occasional Papers Series

This volume contains the preliminary reports from the 1984 field campaign of the Brigham Young University excavation team at Seila in the Fayum in Egypt. As both this set of reports and those expected from later expeditions will demonstrate, the work done near the Egyptian town of Seila will have a significant impact on further studies of not only Egypt’s Old Kingdom but also the Greco-Roman era. The essays in this volume demonstrate the unusually broad approach to the project this diversity of specialists allowed the team to take.