The Legacy of Karl G. Maeser

A. LeGrand Richards
Go to Books 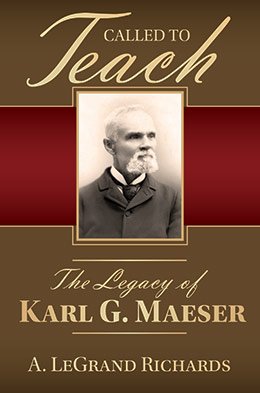 Karl G. Maeser has rightfully been called the spiritual architect not only of Brigham Young University but also of the Church Educational System. As the first superintendent of Church Schools, he helped found and maintain over fifty academies and schools from Canada to Mexico. He helped develop the public education system in Utah and helped establish the Utah Teachers Association. The students he taught personally included future United States senators and members of the House of Representatives, a United States Supreme Court justice, university presidents, and many General Authorities. He translated twenty-nine hymns and about a third of the Doctrine and Covenants into German and founded Der Stern, the Church’s German magazine (now called the Liahona). Based on extensive research, Called to Teach describes the life of this remarkable man and outlines the impact of his legacy.