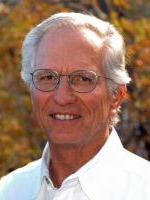 F. LaMond Tullis has been a professor of political science and associate academic vice president at Brigham Young University (BYU). He is a specialist in Latin American studies and has written multiple works on The Church of Jesus Christ of Latter-day Saints in Latin America, especially Mexico. Tullis received his master's degree in political science from Brigham Young University, and his doctorate from Harvard University. He has been a visiting fellow at the London School of Economics, the University of Sussex’s Institute of Developmental Studies, and Princeton University’s Center of International Studies at its Woodrow Wilson School of Public and International Affairs. Among the books written by Tullis are Lord and Peasant in Peru; Politics and Social Change in Third World Countries; Modernization in Brazil; Mormons in Mexico: The Dynamics of Faith and Culture; Unintended Consequences: Illegal Drugs and Drug Policies in Nine Countries; Handbook of Research on the Illicit Drug Trade. Tullis was also the general editor of Mormonism: A Faith for All Cultures. He has also written multiple articles published in BYU Studies Quarterly, Dialogue, Southern California Historical Quarterly, and Journal of Mormon History related to The Church of Jesus Christ of Latter-day Saints in Latin America. His articles in Spanish about the Church in Mexico are published on lds.org.mx in the portal “Historia de la Iglesia en México.”