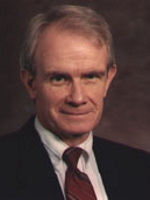 Michael D. Rhodes (born 1946) is a professor emeritus of ancient scripture at Brigham Young University. Rhodes is an Egyptologist who has published a translation of some of the extant Joseph Smith papyri.

Rhodes has published many articles related to the Book of Abraham through the Foundation for Ancient Research and Mormon Studies (FARMS), including some in books edited by John Gee.