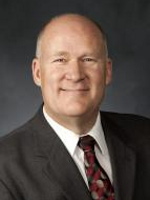 Donald W. Parry, a professor of Hebrew Bible and Dead Sea Scrolls at Brigham Young University, is married to Camille Mills, from Las Vegas, Nevada; they have six children. He has served as a member of the International Team of Translators of the Dead Sea Scrolls since 1994. He has authored or edited thirty-three books, ten of which pertain to the scrolls and five deal with the writings of Isaiah. Parry has also published articles in journals, Festschrifts, conference proceedings, and encyclopedias. He is also a member of several other professional organizations, including the International Organization for the Study of the Old Testament, Groningen, The Netherlands; Society for Biblical Literature, Atlanta, Georgia; and the National Association of Professors of Hebrew, Madison, Wisconsin. Parry served as a member of the Board of Directors of Brigham Young University's Institute for the Study and Preservation of Ancient Religious Texts from 1987-2005.