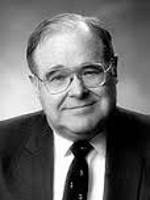 Alexander Baillie Morrison is a Canadian scientist, academic, and public servant and was a general authority of The Church of Jesus Christ of Latter-day Saints from 1987 to 2000.

Alexander B. Morrison was born in Edmonton, Alberta, Canada, on December 22, 1930. He earned degrees in nutrition and pharmacology from the University of Alberta and Cornell University. He was an academic at the University of Guelph in Ontario and was chair of the Scientific and Technical Advisory Committee to the Special Program for Research and Training in Tropical Diseases in the World Health Organization. In 1984, Elder Morrison was the recipient of the David M. Kennedy International Service Award from the Kennedy International Center at Brigham Young University.

During his time as a student at the University of Alberta, Elder Morrison was baptized into The Church of Jesus Christ of Latter-day Saints after being introduced to Mormonism by a friend.

Elder Morrison and his wife are the parents of eight children.