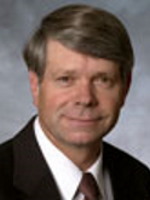 Roger P. Minert was a professor of Church history and doctrine at Brigham Young University when this was written. Born in Nebraska, he has also lived in Utah, California, and Ohio, and has spent five years in Germany and Austria. He earned a BA in German at BYU, an MA in German literature, and a PhD in German language history and second language acquisition at Ohio State University. The author of more than eighty books and articles on German family history research and German pedagogy, he was a private contractor in family history for twelve years. In 2010, his book In Harm’s Way: East German Latter-day Saints in World War II won the Mormon History Association’s Geraldine McBride Woodward Award for Best Publication in International Mormon History. He married Jeanne Gardner, and they have four adult daughters.