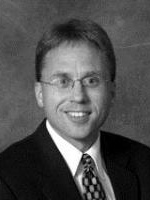 Scott Knecht was raised in Bellflower, California. He served a mission in Brazil, graduated from Cal State Long Beach with a BA in English literature, then from National University with an MA in human behavior. He has spent most of his career with Seminaries and Institutes and is currently the area director of S&I in Southern California. He and his wife Ginger live in Chino, California. They have eight children and five grandchildren. He was a Sunday School teacher in his ward when this was written.