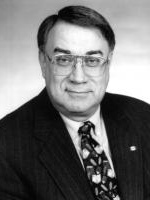 Dr. Donald G. Godfrey was a professor of the Walter Cronkite School of Journalism and Mass Communication at Arizona State University when this was written. He is former editor of the Journal of Broadcasting & Electronic Media. His articles on Mormon history have appeared in the Journal of Mormon History, the American Review of Canadian Studies, Pioneer, This People, and the Ensign. He has authored and edited a dozen books and numerous articles on Latter-day Saint history and mass media history. Along with Kenneth W. Godfrey, he received the Mormon History Association’s Steven F. Christensen Award for Best Documentary on Mormon History for The Diaries of Charles Ora Card: The Utah Years, 1871–1886.