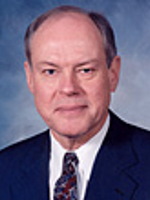 S. Kent Brown is a professor emeritus of ancient scripture at BYU and the former director of the BYU Jerusalem Center for Near Eastern Studies from 1993 to 1996. His degrees include a BA in 1967 from the University of California at Berkeley in Classical Greek, with a minor in Near Eastern languages, and a PhD in religious studies from Brown University in 1972, with an emphasis in New Testament and early Christian studies. He is married to the former Gayle Oblad; they are the parents of five children.