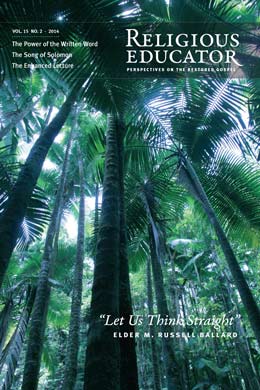 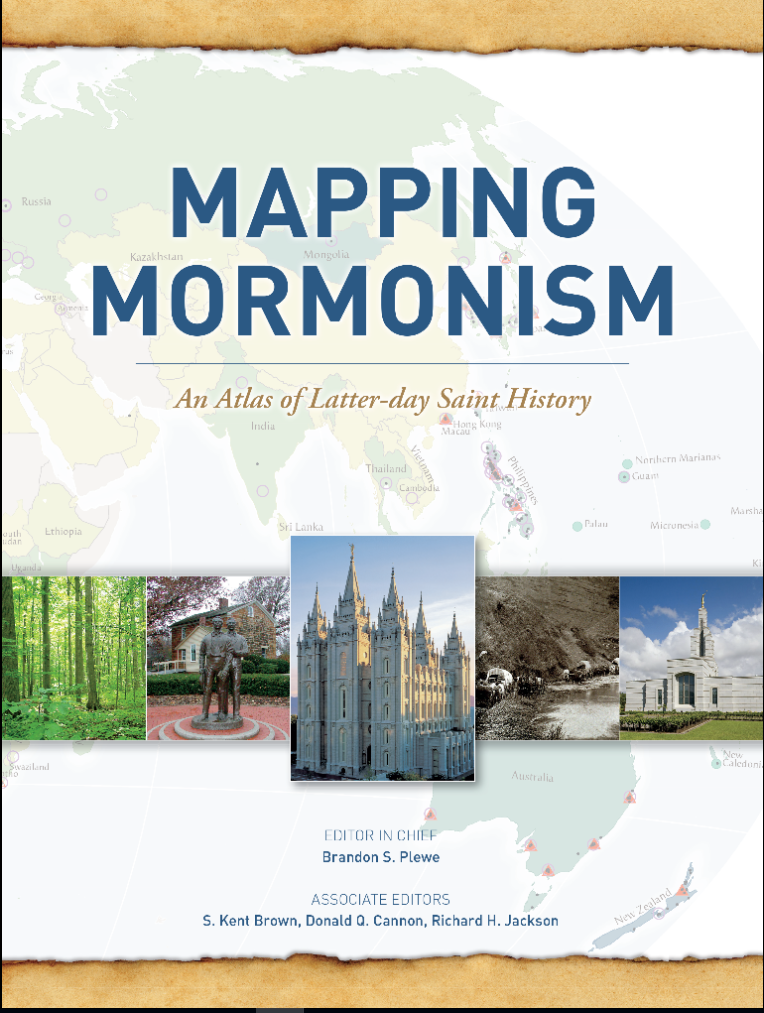 Brandon Plewe and his team of talented writers and designers have done an excellent job on this ambitious and expansive atlas. The team includes sixty experts in fields ranging from political science to geography to Church history and doctrine. Several scholars of other faiths are included—namely, Barbara Bernauer, William Russell, Steven Shields, and Gary Topping. This atlas would be extremely helpful to all readers interested in learning the history of Mormonism, regardless of their religious affiliation.

This book replaces The Historical Atlas of Mormonism. What sets Mapping Mormonism above its predecessor is the quality of the detailed graphics. They are easily accessible yet also yield detailed information upon study and reflection. The introduction makes a bold assertion: “The average Mormon’s understanding of Church history is often fraught with error, myth, and incompleteness” (p. 8). This is true. And, as Richard Bushman asserts in his foreword, “Even Latter-day Saints with a detailed knowledge of Church history will learn something on nearly every page” (p. 7). I agree.

The book traces Mormonism from its humble roots into an expansive global religion. The book is organized into four sections of about equal length: “The Restoration,” “The Empire of Deseret,” “The Expanding Church,” and “Regional History.” Each section begins with a historical overview and timeline showing the entries along with their page numbers. This well-thought-out approach serves as a creative table of contents for each section, showing how the entries fit into the historical context. The entries are usually two to four pages in length. The overviews are fairly general, but the entries are both readable and informative.

The first section offers valuable insights into the Restoration. Noteworthy are a map and related charts of the Palmyra area showing the growth of churches in the “Burned-Over District” (p. 19). Another interesting display is the travels of Joseph Smith on pp. 26–27, which indicates his back-and-forth journeys during those early years.

The maps of the Western Reserve, Ohio, and Kirtland are quite detailed and identify the relative locations of many sites important to early Church history, along with a great discussion of these maps by Karl Ricks Anderson. The information on the Church in Missouri is also excellent, with useful entries by Max H Parkin and Alexander L. Baugh and detailed maps showing early settlements (see p. 35). Missouri’s history is more complicated than many members realize.

The book directly addresses some misperceptions. Joseph Smith had sent a town plat to Church leaders in Missouri that became known as the City of Zion Plat. The Utah pioneers later adopted many concepts from the plan in their new communities. One common misperception of members today, however, is that the street numbering system common to Utah (100 South, 200 South, etc.) was part of the City of Zion Plat. In reality, that numbering system was not part of the original plan but was adopted in the 1940s (p. 44).

The second section, “The Empire of Deseret,” is particularly valuable in correcting many misunderstandings, including a great piece on the succession crisis by Steven Shields. Most Church members have a fairly simplistic view that Brigham spoke and the people all believed he was the next prophet, but in actuality many splinter groups arose after the death of Joseph Smith (see pp. 64–67). At one time, James J. Strang may have drawn as many as half of the US members, though that number dropped dramatically after he made doctrinal changes, declared himself king, and was murdered (p. 64). This information is supplemented by entries on the Community of Christ and the “Restored Church(es)” (pp. 192–97). For more on this topic, see Steven L. Shields, Divergent Paths of the Restoration: A History of the Latter Day Saint Movement, 4th ed. rev. (Independence, MO: Herald House, 2001), and Newell G. Bringhurst and John C. Hamer, eds., Scattering of the Saints: Schism within Mormonism (Independence, MO: John Whitmer Books, 2007).

William G. Hartley covers the plans of the pioneer exodus to Utah thoroughly and well. In his essay he outlines the deliberations that the Twelve made over the route west and shows the resources that they used, including a John C. Fremont map. Hartley identifies that after discussion they clearly agreed on settling in “the valleys at the base of the Wasatch Mountains” (pp. 68–69).

Another noteworthy example of myth busting is Lowell C. Bennion’s article on plural marriage, showing that a much higher percentage engaged in this practice than previously assumed (see pp. 122–25). Some surprising assertions emerge. With the Church facing intense national prosecution, the First Presidency wrote an epistle on April 4, 1885, claiming that “the male members of our Church who practice plural marriage are estimated as not exceeding but little, if any, two per cent, of the entire membership.” Following their lead, many members erroneously think the number was that low, but the actual percentage appears to be much higher, as many articles have demonstrated. Of course, the actual incidence of plural marriage fluctuated considerably over time and from community to community, as the detailed chart on p. 123 indicates. [1]

In the next section, “The Expanding Church,” several entries cover new ground very well. There are very fine entries written about intermountain colonization and prominent prophets such as David O. McKay, Spencer W. Kimball, and Gordon B. Hinckley.

Another informative entry, “Three American Churches,” compares the growth of The Church of Jesus Christ of Latter-day Saints with that of the Jehovah’s Witnesses and Seventh-day Adventists. All have fairly assertive missionary forces and are comparable in size. Each church counts its active members differently. For example, the Jehovah’s Witnesses count only those who actively proselyte. Author Daniel Reeves asserts that “the Church is probably the least conservative of the three in the membership it reports” (p. 198). The implication is that the LDS Church is a rapidly growing American religion, but not the only one.

The third portion of the book, transitioning into the “Regional History” section, covers worldwide Church growth and expansion as units put down roots outside North America. These facts and figures offer helpful insights into the growth of the Church in Latin America, Asia, and Africa. Membership in Latin America has expanded rapidly since the 1960s. About 85 percent of the Church’s worldwide population now lives in North and South America (p. 174). Church growth in Asia is relatively level. Church growth in Africa is among the most rapid but beginning to level out. A helpful article projecting future growth is offered on pp. 202–3.

A work of this complexity is not without flaws. Several errors crept into print—none serious, though a little distracting. For example, the front cover shows a dot where Micronesia is located, as if it were a specific island and not a vast region (like Polynesia). As far as more substantive issues, some might feel that the entry on Book of Mormon geographies is unnecessary because it covers speculative material.

There are minor quibbles about content that could be resolved in a future edition. Ronald K. Esplin has an excellent essay on Brigham Young that features an ingenious chart showing Brigham’s frequent trips south and north (p. 91). The article might better be titled “Travels of Brigham Young” rather than “President Brigham Young” (which implies an overview of his ministry). Furthermore, many prophets have no entry at all. Noteworthy omissions are Lorenzo Snow, Wilford Woodruff, Thomas S. Monson, and others. Readers would benefit from more entries on the prophets of this dispensation.

The planned new edition of the book might also address significant events that occurred after the first edition was in progress. Examples include lowering of the missionary age and the resulting increase of both male and female missionaries. The new edition might cover the impact of those additional missionaries and the globalization of the Relief Society, Young Men, and Young Woman general boards.

Regardless of what shape the next edition takes, the book will likely continue to be a valuable reference tool by historians, by libraries, by the general membership of the Church, and by Church history teachers in particular.

[1] The Church has released an official statement on plural marriage at https://www.lds.org/topics/plural-marriage-and-families-in-early-utah?lang=eng. For a detailed assessment, see Early Mormon Polygamy: Articles and Reviews by BYU Studies, available at https://byustudies.byu.edu/showTitle.aspx?title=9244.