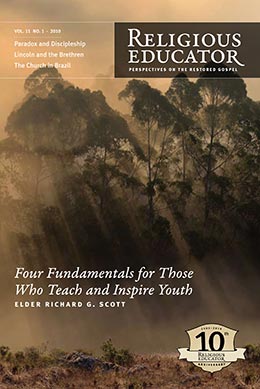 Hope through a Windshield

Susan Walton (susan_walton@byu.edu) was associate chair of the department of communications and an associate professor of public relations at Brigham Young University when this was written. 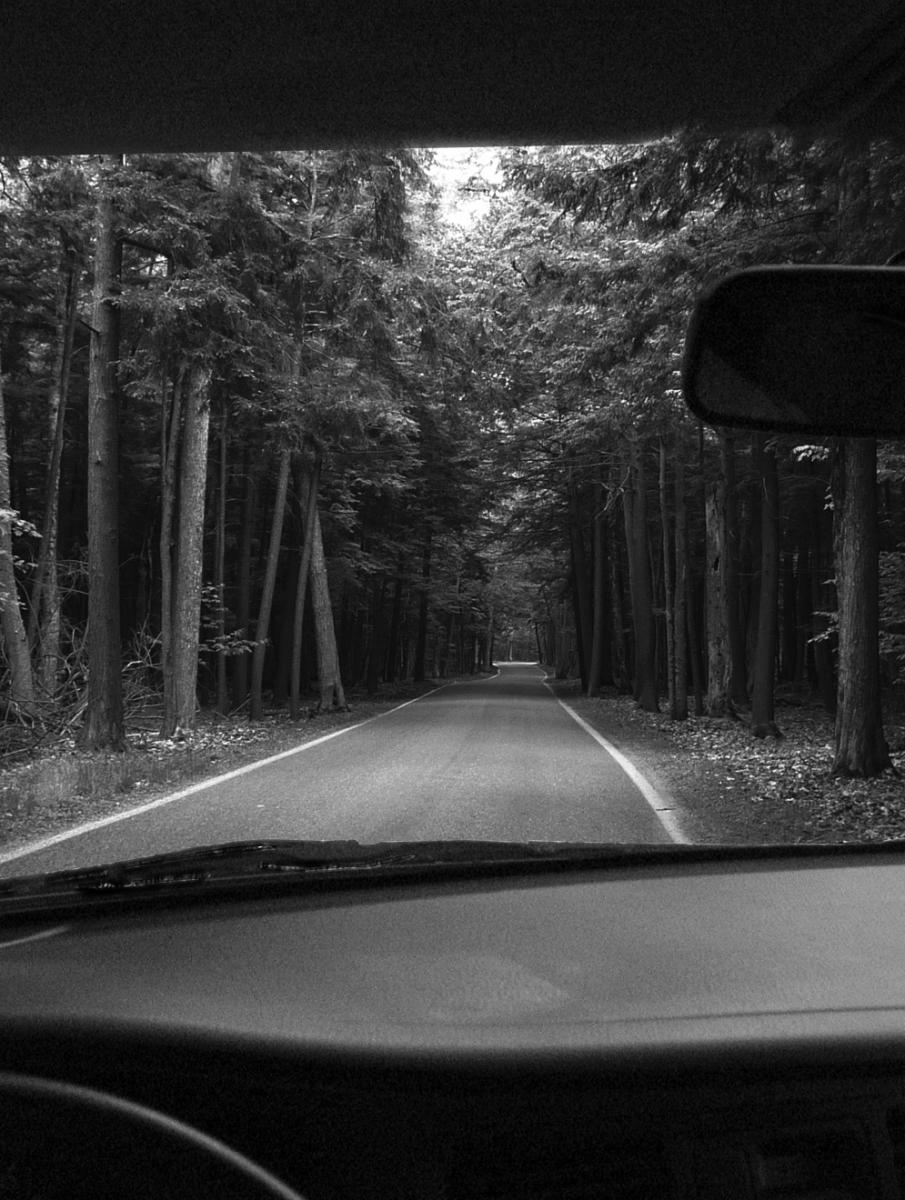 "Late one night, the boy was driving home from work through a dark, wooded area, and suddenly it happened. No one was drinking; no one was driving too fast--it just happened." Photo composite by Brent R. Nordgren.

“And he cometh into the world that he may save all men if they will hearken unto his voice; for behold, he suffereth the pains of all men, yea, the pains of every living creature, both men, women, and children, who belong to the family of Adam.”—2 Nephi 9:21

Some years ago, before I was sidetracked into corporate public relations, I was a college English teacher. One of my favorite writing assignments was a little exercise in which I asked my students to reflect back on an experience that lasted only a few moments but seemed to go on forever. I would then ask them to spend several pages capturing as much detail about that experience as they could remember. I always gave this assignment to help my student writers develop their descriptive and narrative skills. While most of the essays I received over the years were fairly routine, a few of them made a significant impact on both me and my students.

One student, a single mother, had been diagnosed with a serious illness and had been reluctant to talk about this news with her family. Through writing the essay on her experience of hearing the diagnosis, she was able to find the words to express her thoughts and feelings and be strengthened by the support of her loved ones.

Another student had witnessed a crime, but had been reluctant to go to the authorities. But through recounting the story in the essay, the student found courage—and a voice. The crime was reported and the offender was prosecuted.

But of all the essays I ever received for this assignment, the one that touched me the most profoundly was a story by one of my young students who wrote about a car accident. Car accidents were a frequent subject of this essay assignment, probably because they are often the quintessential example of an experience that happens quickly but can play out very slowly and deliberately in our consciousness. I was always amazed at how many details my students could remember about their car crashes—the song playing on the radio, the startled expression on the other driver’s face as their two cars skidded towards each other across an icy intersection.

The student who wrote this most memorable essay had been in his accident when he was a high-school student. He read his paper aloud to our class, and this is how the story went. Late one night, the boy was driving home from work through a dark, wooded area, and suddenly it happened. No one was drinking; no one was driving too fast—it just happened. A shape loomed up out of the darkness in the middle of the road. And before my student could even react and put on the brakes, he had struck someone. The body was thrown up on the hood of the car, and directly in front of him through the windshield, he could make out an unblinking eye staring at him.

What made this essay so gripping was not the heart-stopping introduction, but the description that followed. Because rather than choosing to describe the sights or the sounds of the accident, my student chose to describe the thoughts that raced through his mind during those few split seconds that it took him to slow down and stop the car. I do not now remember the exact words that he spoke, but but as I recall it, this was the essence of his thoughts: As that car skidded to a stop, that boy believed with all his heart that the happy, peaceful life he had always known was over forever. He had hit and most likely killed someone—and nothing would ever be the same.

At that moment, of course, the boy didn’t know the outcome of all those fears—but as he frantically pumped the brakes and looked at that eye staring through the windshield, of this he was certain: that any chance of future happiness in his life had died—just as surely as he was convinced that the victim on the hood of the car had died. And I remember quite clearly the last sentence he read before pausing: “And I knew my life was over.”

The student looked up and stopped before reading the last line of his story. Our classroom was silent as we all sat there, slack-jawed. At that moment, every one of us was behind the wheel of that car with him, feeling what it is like to be seventeen years old and to believe that you will never, ever be happy again.

The boy then picked up his paper and finished the final line of the essay. It read—and I quote—“And then the deer jumped down off the hood of the car and ran off into the woods.”

For several months afterwards, I couldn’t shake off that story—and it wasn’t because it had been a suspenseful narrative with an “Everyman’s Tragedy” sort of theme and a surprise plot twist at the end, although it was all of those things. I finally realized that what troubled me so much about this story was the idea of that boy, behind the wheel of his car, really believing, however briefly, that his life was over. And I thought to myself again and again, “What if it hadn’t been a deer? What if all the things he feared that night had actually happened? Would he really have believed that he could never be happy again?”

Did he have a knowledge of and faith in the Lord Jesus Christ and the Atonement—a faith that would have enabled him to see past this seemingly overwhelming tragedy and go on? Would he have understood that the Savior was there, as he promises in 2 Nephi 9:21, “to suffer his pains?” Would that boy have found comfort when he stared through that windshield, or would he have given in to despair? The thought of a young person drowning in such hopelessness, even for just a few seconds, nearly broke my heart. And here lies the lesson for all of us: one of the most precious blessings that the Lord has given us is the knowledge that peace and happiness can be ours, even in the most trying of times, through Jesus Christ and his Atonement.

As an educator at a public university, I could not pull my student aside in that class and have that loving, heartfelt conversation with him. But many years later, as a religious educator, I now can—and I must. I can help my students understand that there will be times in their lives when they run smack into problems—the big, complicated kind that do not jump down off the hood of their cars and run away into the night. They just sit there.

These challenges are different for all of us. We do not know what all our students’ challenges will be. But we know they will have them. Many of my students, by the time they find their way to my classes, have already experienced profound challenges in their young lives. And whatever these challenges have been, or what they may be, the discouragement that comes from thinking that there is no way out of them is one of Satan’s greatest weapons.

When we are discouraged, we are more susceptible to temptations and less motivated to keep the commandments with exactness. And when Satan is able to make our problems and challenges appear so huge that we can’t see around them, he successfully conceals from our view one of the gospel’s greatest gifts—the gift of eternal perspective.

In times like these, an understanding of the Atonement—and of the great love of our Heavenly Father—is our greatest support. Do we have that testimony, and do we share it with our students? Do our students know that the Lord loves them and is there to help them through any challenge that life throws at them? Do our students know that, even in the midst of their worst problems, when the whole world might look different to them, or they might look different to themselves, our Heavenly Father sees them just the same—as his precious children? At the times when it is so easy to feel no hope, do they have the assurance that there is always hope in the Atonement of Jesus Christ?

Many of us—and our students—probably learned a little rhyme in our childhood, called “Going on a bear hunt.” In the rhyme, we chant:

Then the brave bear hunters come to some geographic obstacle that they need to overcome to continue the hunt, such as a river:

gotta go through it.”

Then you make swimming motions or hold your nose and go “glub-glub-glub” (depending on how you learned this song), and you go through the river and continue on the hunt.

Problems and challenges work a lot like that too.

gotta go through it.”

As we go through life, we learn that we not only can, but will, get through these challenges and continue on our life’s journey. When the first family—Adam and Eve—were driven out of the Garden of Eden, they still walked out. On the other side of their challenge, their missed opportunity, their lost paradise, there was a road—and the road went on. And on the other side of our challenges, through the miracle of the Atonement and the sealing power of the temple, the road not only goes on—the road also goes back—back to the Heavenly Father who loves us.

Christ did indeed suffer “the pains of all men” so that “he may save all men if they will hearken unto his voice” (2 Nephi 9:21). As religious educators, it is our sacred trust to help our students find that truth, and that hope, in every aspect of their lives—even through a windshield.