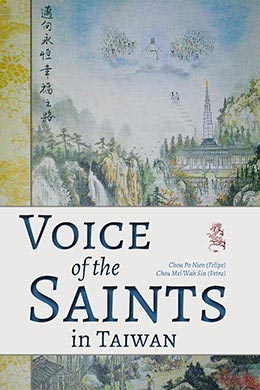 By Weldon Kitchen, one of the first four missionaries sent to Taiwan in 1956

When I first set foot in Taiwan in 1956, I was overcome with the beauty of the surroundings and the lush scenery. I soon recognized that the people I was sent to teach were a perfect match for the island they lived on. The restored gospel was planted and grew into a magnificent flower and became an ensign to the world. The beginnings of the Church in Taiwan were not without their trials and hardships. The first missionaries labored without an understanding of the Chinese language or a Chinese Book of Mormon. As the Holy Ghost bore witness of the truth, the Church was gradually established and has become a blessing to the entire island.

When my wife, Donna, and I returned to Taiwan for the sixtieth-anniversary celebration in 2016, I felt overwhelmed with the growth of the Church. In place of Sunday services held in missionary apartments, there were now beautiful dedicated chapels. The membership of the Church in Taiwan has grown from zero to almost sixty thousand members, with a temple in Taipei, where my wife and I had the privilege of serving as temple missionaries from 2011 to 2013. There were seventeen stakes in Taiwan in 2016, where there wasn’t even a Chinese branch in 1956.

It is wonderful that this book, Voice of the Saints in Taiwan, has been written to give a feeling and understanding of the “marvelous work and wonder” that has taken place in Taiwan. It fulfills the desire of local leaders, members, and missionaries to produce a record to chronicle this important history. To my knowledge, it is the most comprehensive history of the growth and development of the Church in Taiwan that has been written. It is important to have this history preserved to honor the early missionaries and pioneers and preserve this legacy of faith for future missionaries and the rising generation.