Twenty-five miles east of the confluence of the Rhine and Main Rivers, the city of Frankfurt am Main lies in a significant position to support transportation and commerce in southwestern Germany. Around Frankfurt are clustered several major cities, and this concentration of population may have attracted the first missionaries of The Church of Jesus Christ of Latter-day Saints to the region in the 1840s. The Lutheran Church has dominated in the region since the mid-1500s, but the Reformed Lutheran and Catholic Churches are also present, as well as many small synagogues and several Huguenot congregations. 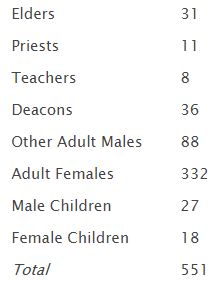 As World War II approached in 1939, the Frankfurt District was relatively strong, consisting of six congregations and a total of 551 members. The principal branch was, of course, in the city of Frankfurt, with others located in Bad Homburg (nine miles to the west), Offenbach (six miles to the east), Michelstadt (twenty-five miles to the southeast), Darmstadt (eighteen miles to the south) and Mainz (twenty-five miles to the west). Indeed, the branches were grouped so closely that the leaders of the Frankfurt District could travel by train within one hour to every branch except Michelstadt, which was situated deep in the Odenwald Forest. 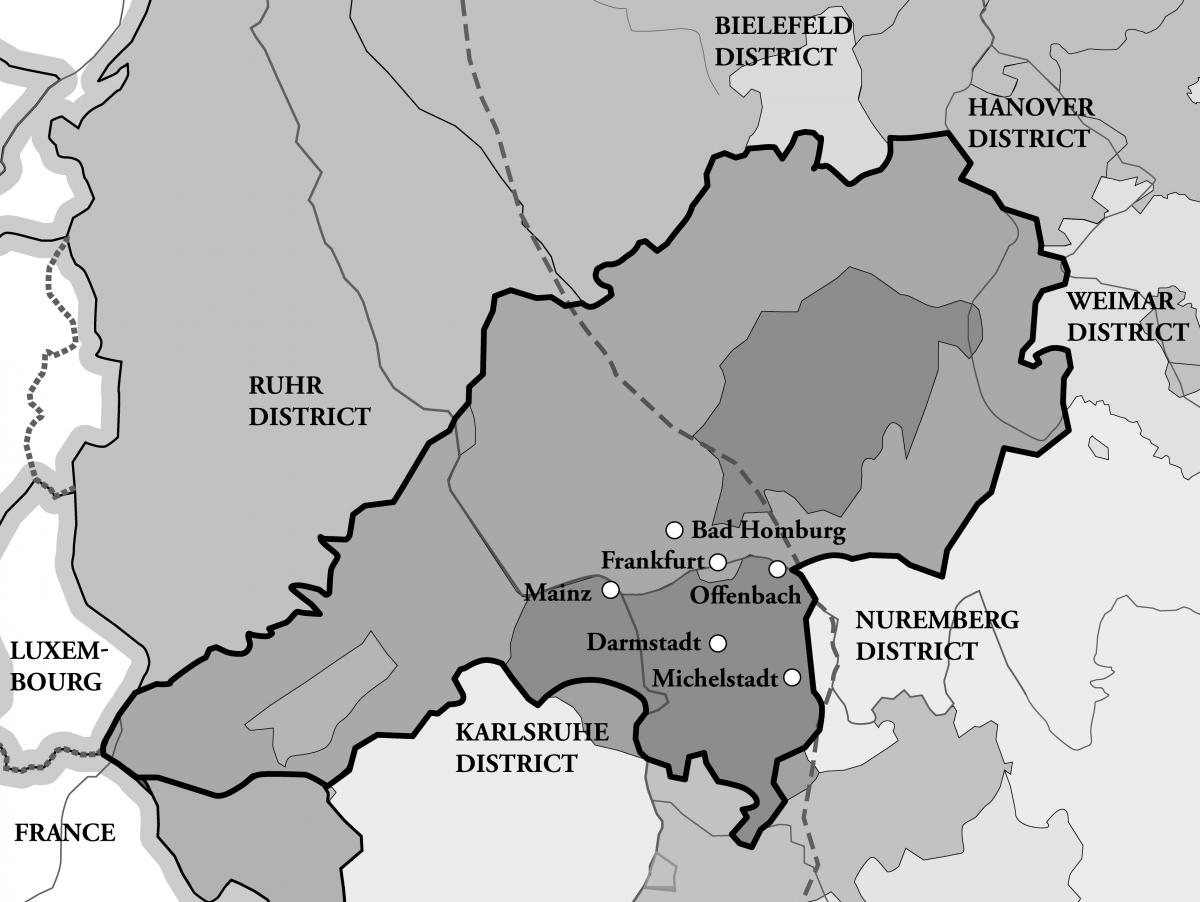 Fig. 1 The territory of the Frankfurt District in southwest Germany. No Latter-day Saints lived in the southwest and northeast areas of this district.

The territory included within the district was extensive and covered many regions where no Latter-day Saints were known to have lived when the war began, including all of the state of Hesse-Nassau to the North (with the exception of Kassel County), all of the state of Hesse, the district of Rhine-Hesse to the southwest, and all of the Rhineland south of the city of Cologne (bordering on France, Luxembourg, and Belgium). There had probably never been any missionary activity in the area west of the city of Mainz, and no branches had existed in that territory.

The average number of elders in the district was only five per branch, while there was probably an average of thirty adult women in each branch. These five branches were certainly not rich in children, with an average of only eight each. As was the case all over the West German Mission at the time, the Saints in this district tended to be older people, but most represented families that had not been acquainted with the Church for more than two generations. Many of the members on the rolls in 1939 had joined the Church since the end of World War I.

The district president in early 1939 was Anton Huck (born 1872), a member of the Frankfurt Branch. A modest man by occupation (a retired streetcar operator), he was likeable and by all reports very dedicated to serving in the kingdom of God on the earth. With the departure of the American missionaries on August 25, 1939, President Huck became the second counselor to the new mission supervisor, Friedrich Biehl of Essen. His replacement as district president was Friedrich Wagner. The next district president was Hans Förster, also of the Frankfurt Branch, who was called on July 9, 1944. He apparently was still serving in this office when the war came to an end in May 1945. 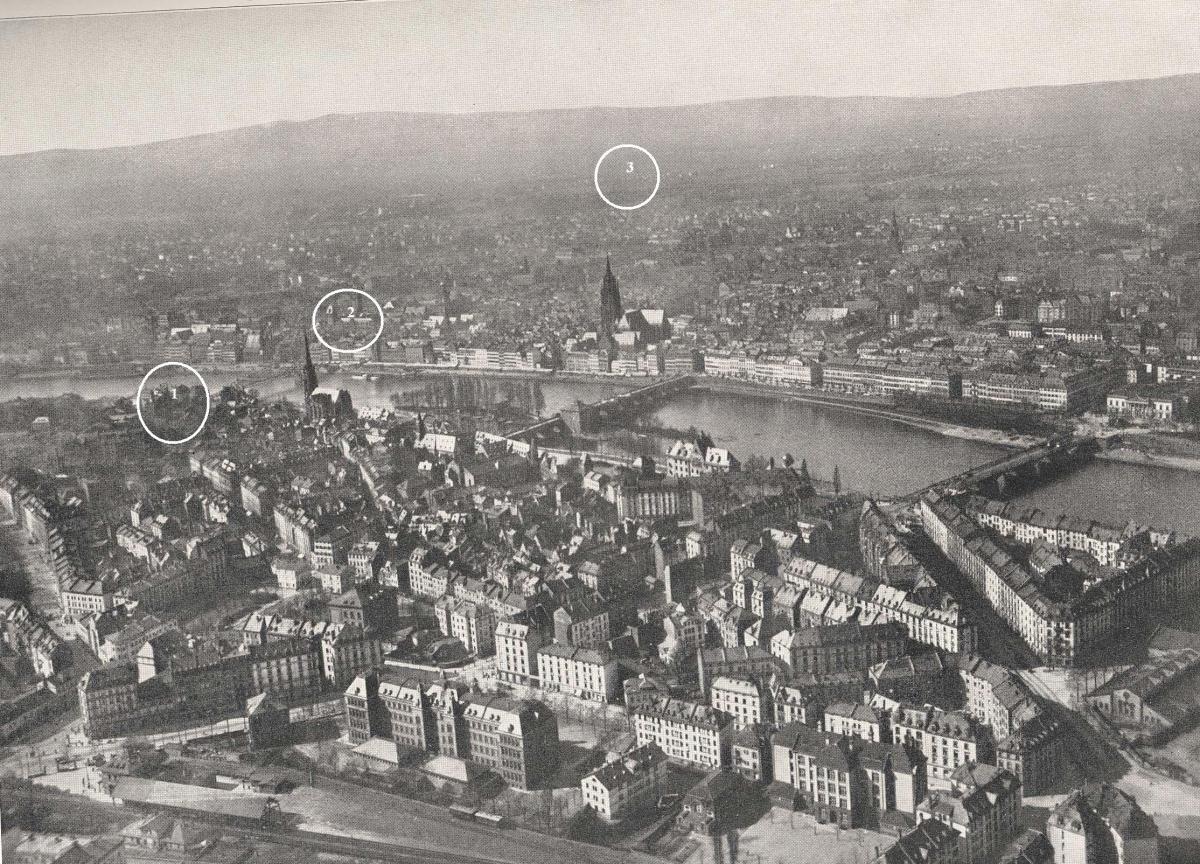 Fig. 2. The circles show (from left) the locations of the West German Mission home at Schaumainkai 41, the Frankfurt Branch meeting rooms at Neue Mainzerstrasse 8–10, and the town of Bad Homburg.

District conferences in Frankfurt were important to the Saints, as they were all over Germany. Those conferences were held at least through the fall of 1944, despite the increasing lack of rentable rooms. In 1943 and 1944, conferences were held in Darmstadt and even in Strasbourg, to the south and west and well beyond the borders of the district. The influence of Kurt Schneider was likely a factor there, because he served as a counselor to Anton Huck in the last year of the war. [2]

When Germany began to pick itself up as a conquered territory in the summer of 1945, the only Saints in the Frankfurt District who still had meeting rooms of their own were those in Michelstadt. The other five branches had been bombed out, burned out, or turned out and were holding meetings as groups in the homes of various members. It would be many months before all of the branches had adequate meetings places again.

A conservative estimate would have at least 40 percent of the members of the Church in this district homeless when the war ended. Hundreds more had been compelled to leave the larger cities due to air raids, and many of them would not be able (or allowed) to come home for another year or two. Dozens left during the war for reasons unknown and were never seen again, as reflected in the efforts of branch clerks to establish their locations as late as 1950. At least a few of the Saints were killed at home or abroad, and the news of their deaths simply never reached the ears of other Latter-day Saints who survived.

As sad as the state of affairs in this district was, the Saints there went about the task of rebuilding their lives and their branches as soon as the gunfire subsided and the smoke cleared. Contributing to the effort were hundreds of refugee Saints who had arrived from as far east as Königsberg and Danzig (areas soon ceded to Poland and Russia). By the fall of 1945, a Mormon colony had formed and was growing steadily in the city of Langen (on the road between Frankfurt and Darmstadt). In just a few years, the Saints there would number more than three hundred.

[2] Having both an automobile and a chauffeur, President Schneider was likely the most mobile leader in the West German Mission at the time. He visited Saints all over his own Strasbourg District and in the Karlsruhe and Stuttgart Districts. He also made it to Frankfurt on several occasions.