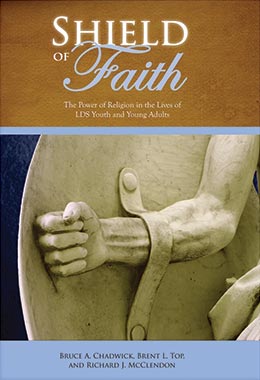 The first chapter of this book—“Does Religion Matter?”—introduced readers to the ongoing debate among social scientists about whether religion is relevant in modern society. During the early 1990s, most social scientists were convinced that secularization, a major decline in the influence of religion, had occurred in American society. In addition, they boldly predicted that the decline would continue until religion had no place in American society, and some vociferously declared that religion not only does not matter but actually harms youth and adults alike.

From our own experiences and from observing the lives of family and friends, we were convinced that religion does matter a great deal. However, personal experience, observation, and “gut feelings” would not impress or influence serious scholars. They would need empirical evidence. Our research agenda generally and this book specifically emerged out of our efforts to provide scientific evidence that religion is indeed a significant force in the lives of members of The Church of Jesus Christ of Latter-day Saints.

Before we even commenced the research, we were confident that religion matters, but now, 15 years later, we are convinced. We have the empirical evidence to prove it. The chapters in this book give resounding evidence that religion matters to society generally and continues to be a vital force in the lives of teenage and college-age Latter-day Saints specifically.

The word religion is believed to share the same linguistic root as the word ligament—the Latin word ligare. It means to “bind” or “hold together.” In many previously published studies on the impact of religion on behavior, researchers defined “religiosity” only in terms of affiliation with a denomination and/or attendance at meetings. These researchers have often ignored family, social, academic, emotional, and other dimensions of their subjects’ lives. This has sometimes created a perception that a person’s life can be compartmentalized into categories, like boxes. One box is labeled “family life,” another “social life,” another “school,” and so on. Religion is thus sometimes seen as just another box and was not studied in connection to the others.

In our studies, the terms “religion” and “religiosity” have much more comprehensive definitions. We are convinced that the terms should involve much more than just church attendance or affiliation. For Latter-day Saints, “religion” is synonymous with “gospel”—the gospel of Jesus Christ as manifest in the totality of one’s life. This includes not only all professed beliefs, but also public and private worship, behavior, feelings, and social interactions. Consequently, we sought to examine the deeper dimensions of religiosity. As detailed in Chapter 2, those dimensions include such things as religious beliefs, private religious behaviors, family religious practices, spiritual experiences, and acceptance within the faith community. When those factors were studied, a clearer picture of religion’s relevance in life emerged.

As our research attests, religiosity—learning, living, and loving the gospel of Jesus Christ—connects, like a ligament, the various aspects of the lives of Latter-day Saints. Although our research was conducted exclusively among Latter-day Saints, we are convinced that other denominations and faiths also enjoy the beneficial effects of religion, the clear and positive connection between belief and behavior. When one’s faith is deep seated—internalized and pervasive—it will inevitably be reflected in one’s entire life. It will have profound effects. Religion matters.

With several thousand LDS teens and young adults participating in our studies, the research presented in this book comes from one of the largest samples of Latter-day Saints ever studied. Because of this, our results take on an even greater significance, giving a more accurate picture of how religion affects LDS adolescents and young adults. In each of the chapters of this book, we have presented strong statistical evidence that the more religious LDS teens and young adults are, the less likely they are to be delinquent or to be involved in substance abuse and promiscuity.

The results also indicate that religiosity is a strong predictor of academic achievement, high levels of self-esteem, and low rates of depression. In addition, we have shown how a deep belief in the gospel of Jesus Christ as taught by The Church of Jesus Christ of Latter-day Saints, when coupled with living its principles, guides youth and young adults in some of life’s most important decisions. The empirical evidence strongly suggests that religion matters to these young people; it deeply affects their lives and influences their choices.

The statistical results we have presented in this book speak loudly and clearly. But perhaps more eloquent than empirical evidence are the words and testimonies of the many young Latter-day Saints who participated in our studies. One young woman said, “Because of the training I have received in the Church, I have a testimony of the gospel that has come to me by my own study and prayer and by living gospel standards. This has been the leading force in encouraging me and strengthening my desires to do what is right and true. This has been the most powerful influence in my life. It touches every part of me.”

These values are much more likely to protect youth and young adults when taught in both home and Church settings, as President Boyd K. Packer taught: “In the Church we can teach about the materials from which a shield of faith is made: reverence, courage, chastity, repentance, forgiveness, compassion. In church we can learn how to assemble and fit them together. But the actual making of and fitting on of the shield of faith belongs in the family circle” (“The Shield of Faith,” Ensign, May 1995, 8). We hope this book underscores the vital role of parents and Church leaders in forming and fitting this shield of faith.