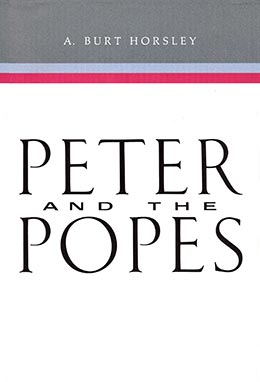 The College of Cardinals has the responsibility of electing the new pope, advising and assisting him in matters of church government, and voting in ecumenical councils. Many cardinals are called to serve in the general governing council of the church known as the Curia Romana. In carrying out their respective duties for the church, they exercise authority and jurisdiction delegated to them by the pope.

The Curia is divided into three classifications of administrative or judicial bodies: the Sacred Congregations, the Roman Tribunals, and the Roman Offices. The Sacred Congregations are similar to general committees or councils, having jurisdiction over universities and seminaries, ceremonies, extraordinary ecclesiastical affairs, discipline, and studies of church clubs. The Roman Tribunals are comprised of three higher level courts to handle legal and canonical questions of appeal for the general church. The third type of governing body within the Curia consists of cabinet or secretariat dignitaries whose special assignments and responsibilities are known as the Roman Offices.

The next level of authority is the diocese or bishopric. It may be large in the territory it comprises or relatively small with a great number of members, depending on the density of Catholic population in the area. The diocese is presided over by a bishop, who receives his jurisdiction directly from the pope. The diocese may comprise several or many local congregations or subdivisions known as parishes. The parish is presided over by a pastor, who may be assisted by a curate or other parish priests.

At a very early time in the developmental period of Christianity, the practice of ascetisim and institutional monasticism got a foothold. This religious way of life has been perpetuated by Roman Catholics with greater support and enthusiasm than by any other denomination in the Christian community. There are many orders representing various concepts of duty and devotion for both men (monks, friars, etc.) and women (nuns). The object and purposes of their founding and perpetuation range from devotion and meditation to education and charity.

A common misunderstanding among non-Catholics is the assumption that a religious or monastic way of life is necessarily identified with the priesthood and clerical responsibility. Monks and priests are not one and the same. Most monks or members of religious orders are not priests, although some are. The priesthood, and preparation for it, represent a discipline and training apart from the system of religious orders.

Strictly speaking, monasticism implies withdrawal from society or being cloistered or shut off in housing away from the world, but not all religious orders are monastic in this sense. Some are dedicated to a kind of charity or service, such as preaching, teaching, and caring for the sick and the orphaned, which requires being in the world.

The theology of Catholicism, which has emerged into the twentieth century, has developed around the doctrines that are either expressed in, or inferred from, scripture and the tradition of the doctors or fathers of the church. Eventually, the scripture as a source of revelation was relied upon only indirectly, and more emphasis was given to tradition.

The development of authoritarian, sacramentarian theology logically followed the importance attached to priesthood and apostolic succession. Catholics believe that the sacraments of the church are administered by the priesthood as a means for the Lord to channel his grace to the faithful. Included among the seven recognized sacraments are baptism, confirmation, penance, the Lord’s Supper (mass), extreme unction, holy orders (ordination), and holy matrimony.

The first five of the sacraments plus either one (but not usually both) of the last two are prescribed for all faithful Catholics. Those who enter the priesthood or one of the religious orders, with some exceptions, do not marry. Some who have been widowed or have formerly been married may eventually take religious vows and thus partake of all the sacraments, but this is the exception.

The following from the Baltimore Catechism indicates how the seven sacraments have the function of giving and sustaining grace in the individual:

Baptism starts supernatural life in the soul, Confirmation strengthens it, Holy Eucharist nourishes it, Penance restores it, Extreme Unction protects it up to the end. Holy Orders provide ministers for the Sacraments, and Matrimony sanctifies married life. Thus the Sacraments correspond to our temporal and spiritual welfare (Baltimore Catechism 3).

As with most religious symbolism, some of the sacraments are identified in the experience of the individual with life’s most important events: baptism with the birth, confirmation with accountable age, matrimony with maturity sufficient to wed, and extreme unction with physical death.

Baptism is performed by the priest within one or two weeks after a child’s birth. In the presence of the parents and other family members, together with two sponsors, who are called godfather and godmother, the priest pours a small amount of water on the forehead or face of the child and, while pouring, says, “I baptize thee in the name of the Father and of the Son and of the Holy Ghost.”

Although they are not necessary to make the baptism efficacious, certain other preparatory ceremonies are customarily performed. A new name is given. This is usually the name of a respected saint, whose name should remind the child as he grows up to imitate certain virtues. There is a ceremony of the casting out of the devil, the placing of salt in the mouth to symbolize protection against corruption, the signing with the cross to take possession in the name of Christ, the placing of a stole on the child to lead it into the church, the reciting of the Apostles’ Creed and the Lord’s Prayer by the godfather and the godmother, the opening of the ears and nostrils with spit, the anointing of the breast and back to bear the burden of Christ, and the profession and promising of faith made by the sponsors as proxy for the child, who could make them for himself if he were old enough to reason.

Confirmation is administered by the bishop to the child who has reached his eighth year. This is done by the imposition of hands and the anointing of the forehead as an outward sign of the strengthening of faith, the increase of sanctifying grace, and the gifts of the Holy Ghost.

The sacrament of the Lord’s Supper is conducted as the mass that, it is believed by Catholics, was first said by Jesus in the upper room. In the celebration of the mass, the priest repeats the words of the Lord, by which Catholics claim that transubstantiation of the bread and wine into the body and blood of Christ is supernaturally accomplished: “this is my body . . . this is my blood . . .” (Matthew 26:26, 28). The offering of the body of Christ upon the altar is the only sacrifice sanctioned by the Catholic covenant. The act of a Catholic of accepting, in good faith and good standing, either the bread or water in similitude of the blood and flesh of Christ is called communion. The layman participates at a mass by repeating necessary prayers, by receiving communion, and by displaying genuine piety, respect, and devotion.

Until recently, the prescribed formulas for public worship (the liturgy of the mass) were in Latin. Recommendations of the Second Vatican Council have resulted in a changeover to the local vernacular in some western countries.

Associated with the sacrament of penance is the confession. In a spirit of contrition, the faithful confess their sins to the priest in the confessional. Based on the statement of the Lord to the apostles, “Receive ye the Holy Ghost: Whose soever sins ye remit, they are remitted unto them; and whose soever sins ye retain, they are retained” (John 20:22, 23), Catholics believe that the priest has the power of absolving sins committed after baptism. He then assigns to the penitent a proper penance or penalty (acts of devotion, charity, or self-sacrifice) that will help to restore the spirituality of that person and discipline him in his character growth and development.

For centuries the extreme unction or last anointing has been customarily given by the priest only to those in danger of death. The Second Vatican Council recommended a return to the former practice of anointing for the healing of the sick rather than reserving this ordinance only for the dying.

Extreme Unction, which may also and more fittingly be called “anointing of the sick” is not a sacrament for those only who are at the point of death. Anointing of the sick is a much happier term than “Extreme Unction,” since it does not suggest imminent death. This comforting sacrament should be given not at the moment of death, but as soon as there is some danger of death from sickness or old age (Abbott 161).

The priest also assists the sick or dying person in remembering his prayers and devotions and helps him to admit his need for mercy and compassion because of his sins.

The sacrament of holy matrimony is regarded as a very sacred covenant instituted by the Savior for those who marry. Believing that no human power can dissolve the bond of Christian marriage, the church therefore recognizes and grants no divorce. Husbands and wives are sometimes counseled to live apart in cases of extreme incompatibility, and the church sometimes declares a marriage invalid by affirming that there never actually was a bond of marriage sealed.

Holy virginity for those who do not marry because of devotion or religious duty is considered a holier state than matrimony.

The Catholic concept of God is found in the traditional trinitarian doctrine of the creeds. Without the help of God, through the arm of the priesthood and church and through the grace that is channeled to him through the sacraments, man is incapable of accomplishing his own salvation.

Catholics believe that man is responsible for his own sins, both mortal (grievous) and venial (less serious), but that he is also born into the sinful state known as original sin. This is the depraved condition of the material world of flesh and corruption that has prevailed since Adam’s transgression. The condition of original sin can be overcome by the spiritual covenant made in baptism. For this reason, the advantages of baptism are given to the infant as soon as possible.

The doctrine of salvation includes the traditional place and condition concepts of heaven and hell. It also provides for a temporary, intermediate state of purgatory for the purification and cleansing, through suffering, of those who are yet to enjoy the blessings of heaven but who have not been penitent or have not prepared sufficiently in this life.

In addition to these more important commitments, the religious life of the Catholic layman might include the veneration of certain sacred relics, the use of the rosary in prayer devotion, and a special veneration or reverence for Mary, the mother of Jesus. This is sometimes misunderstood by non-Catholics to mean worship of Mary, but it is really an appeal to Mary or other departed members of the church to pray for the one making the appeal or request. Mary is held in such high esteem that a recently promulgated doctrine declares that she has been wholly and bodily resurrected and is now in the presence of the Father and Son, thus enjoying a special advantage as one who might intercede or petition in behalf of another.

In a day when world Christianity is in dire need of reform, there is still much of fundamentalism left in Catholicism. It is possible that the winds of change in the Catholic church may incline toward those primary elements.

The Second Vatican Ecumenical Council, concluded after four annual sessions in December of 1965, might well have been a step toward that change.