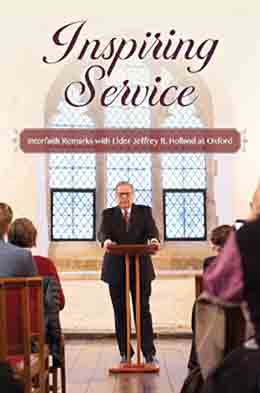 The following remarks were presented at the “Inspiring Service” panel at Pembroke College, the University of Oxford, 23 November 2018. 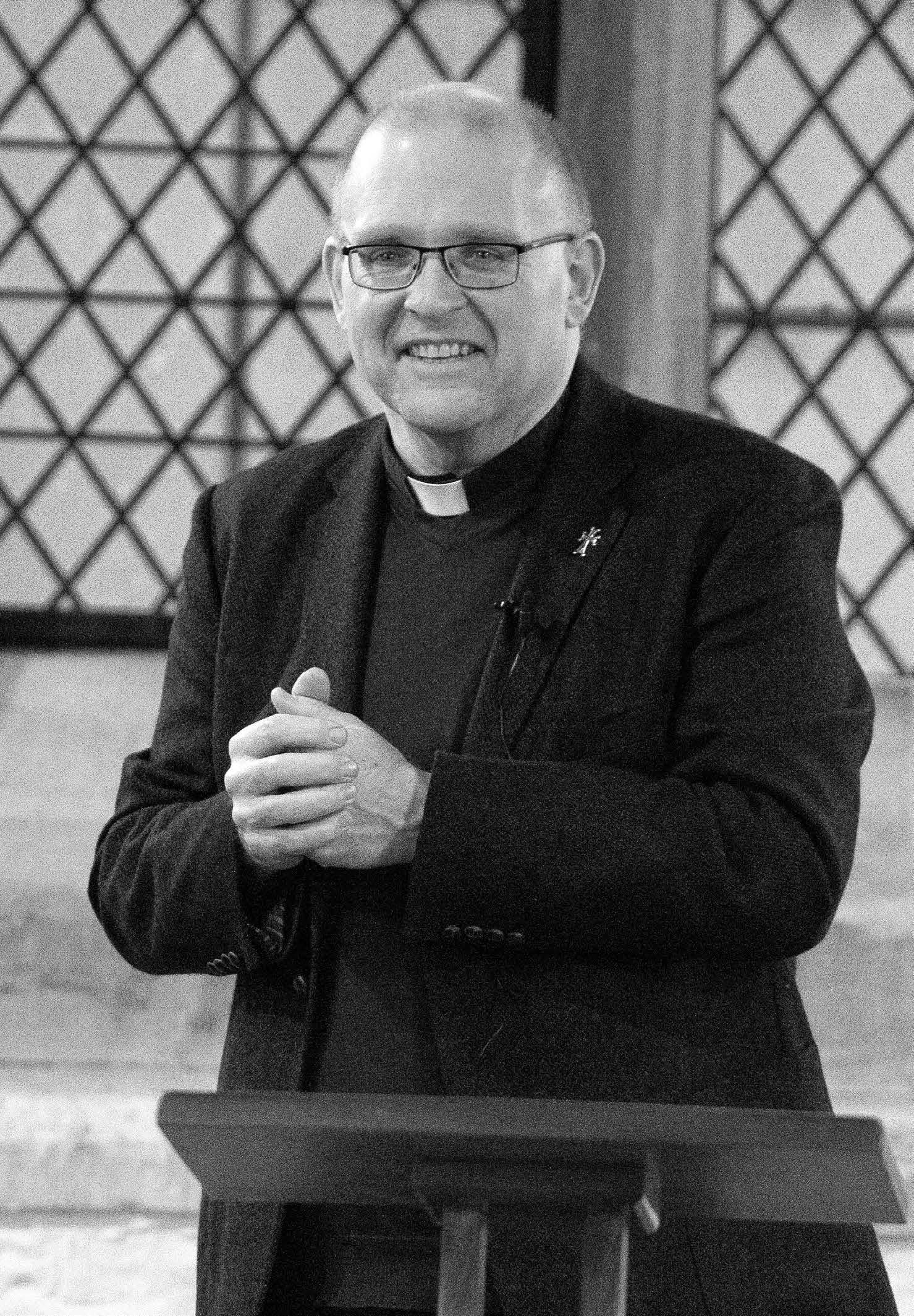 Welcome to Pembroke College for this important event.[1] I’m going to stand a bit away from the conventional opening of a conference. I’m going to share a small introduction for each of our guests, but you already know these people, I hope. So at the outset I testify what a great privilege it is to be here; I am not feigning it when I say what a tremendous privilege it is to welcome you all to an important event in the life of Pembroke, indeed in my life, and hopefully in the lives of faith and wider communities in our world as we listen to people who want to encourage us to be who we really are and grow together into what we might become. I utterly respect our speakers in very different ways. I have, without any caveat, a massive respect for people who have given up their time to come to us, to pass along their own experience, and to give energy and direction to us in our lives. Thank you so much for coming; it really means a great deal.

In addition to our speakers tonight, we welcome guests who represent world faiths: Metropolitan Kallistos (Ware) of Diokleia of the Greek Orthodox community; Archpriest Stephen Platt of the Russian Orthodox community in Oxford; and Bishop Humphrey Southern, representing the Diocese of Oxford. International aid agencies are represented—the international director of CAFOD (the Catholic Fund for Overseas Development), Geoff O’Donoghue, is here among them—as are religious communities of different denominations, some of whom are literally very visible: the Anglican Carmelite Sisters of the Love of God and their Reverend Mother, Sister Clare-Louise SLG, and the Society of Jesus, whose Head of Formation, Father Nicholas King, is hiding here at the front. It is excellent to have you all here. Welcome, too, to those from the academy and diverse representatives of political, public, and religious life—all supportive of this conference’s attempt to serve people in their quest to find what they are for.

Some people who are not here this evening have asked me to pass on their greetings. His Eminence Cardinal Vincent Nichols, archbishop of Westminster and the head of the 4.2 million Catholics of England and Wales, has asked me to share this with you: “I willingly offer my prayers and blessing for the initiative ‘Inspiring Service,’ taking place in Pembroke College. The note of service is crucially important to the health of our society because there is in all genuinely human transactions an element of gratuity as explored by Pope Benedict XVI in his encyclical Caritas in Veritate. I hope your reflections and conversation together offer inspiration and a vision of hope and unity for all those who wish to make the characteristic of service a key element in their vocation choice.”

The Anglican Church has about eighty-five million members worldwide, and the Right Reverend Alastair Redfern, formerly Bishop of Derby, and now Bishop Advisor on interfaith issues to the Archbishop of Canterbury at Lambeth Palace, also greets us:

I am delighted to offer support for this significant gathering at Pembroke College. From national initiatives to Diocesan and parish projects, the Anglican Church seeks to fulfil a vocation to serve the neediest in our own society and across the globe—often in partnership with those of other Christian traditions and with those of other Faiths.

The common driver in seeking to acknowledge the preciousness of God’s image in all people, and especially in those who are in particular need, is the desire to share together in the creation of confidence, hope, and the experiencing of shared goodness and grace.

Your conference will enable participants to explore their own contribution, and that of their networks, to this vital work of creating community and a connected citizenship—inspiring service to enable reconciliation and encourage hope in the future. The measure of the health of society, as of the Gospel of Jesus Christ, is the quality of sharing gifts and challenges. Be assured of my prayers. I look forward to the outcomes as they emerge.

Another of our speakers represents the Methodist Church. Frances Young is a deeply grounded Methodist. Here in the United Kingdom, Methodism’s membership stands only at 188,000, but worldwide there are over eighty million Methodists. The secretary to the Methodist conference, the Reverend Canon Gareth Powell, sent us this:

Please convey my best wishes and the assurance of my prayers to all gathered at the “Inspiring Service” panel. I was delighted to have this opportunity to reflect on vocation and Christian service, particularly in the light of the Methodist Church’s graduate development program, now in its second year, which seeks to provide young people with opportunities to spend a year exploring faith alongside a paid placement with a range of professional organizations from Action for Children to the House of Lords. The Methodist Church affirms repeatedly its belief that the ministry of the people of God in the world is both the primary and normative ministry of the Church and that it is in the context of the world that God so loves that we live out our calling. I am sure that the conversation on Friday and the commitment to deeper mutual understanding that it represents will be both fruitful and engaging. I do hope you have a profitable day, and I will be interested to hear more of the venture, which seems to be addressing a particularly pressing challenge.

We ponder, then, at the outset just for a moment, the faith communities represented by our four speakers here tonight. Add up these communities, and it comes to about 1.4 billion people worldwide, which sets our western European experience of faith in decline in dramatic context. Now we are not in the numbers game per se, but if we also consider the evidence of the disproportionately positive impact upon voluntary contributions to society that people of faith make, we can see a significant counter to a depressed evaluation of the “place” of faith communities and their impact on our world.

Now to introduce our speakers. First is Lord David Alton, a senior lay Catholic, very active in the political life of the nation and the world. Lord Alton is a former Liberal Party and later Liberal Democrat Member of Parliament, who has sat as a cross-bench member of the House of Lords since 1997. He is known very much for his human rights work, including the cofounding of Jubilee Action, the children’s charity now known as Chance for Childhood. He is also Professor of Citizenship at Liverpool John Moores University, but more importantly (to this College), he is father of Marianne, who studied philosophy and theology here with excellence, energy, joy, and wit and who is now a barrister spending much of her year doing pro bono work in Uganda.

Elder Jeffrey R. Holland is here with his wife, Sister Patricia Holland. He was ordained a member of the Quorum of the Twelve Apostles of The Church of Jesus Christ of Latter-day Saints in 1994. He was the ninth president of Brigham Young University, so he serves both in the faith community and the academy. He was president of the American Association of Presidents of Independent Colleges and Universities, among many other things, and is known for his work with understanding communities that are being persecuted, especially Christians and Jews (he was given a Torch of Liberty for that work), and supporting the plight of dispossessed and refugee communities, such as the Yazidis.

Lord Rowan Williams is a Welsh Anglican bishop, theologian, poet, and was the 104th Archbishop of Canterbury, Metropolitan of the Province and Primate of all England, and leader as First Among Equals of the Anglican community worldwide from 2003 until 2012. Previously, he was Bishop of Monmouth and Archbishop of Wales and Regius Professor of Divinity and Canon of Christ Church, Oxford. He is now Master of Magdalen College in Cambridge.

The Reverend Professor Frances Young taught theology at the University of Birmingham from 1971 to 2002. She was Edward Cadbury Professor and head of the Department of Theology, Dean of the Faculty of Arts, and Pro-Vice-Chancellor. She is also an ordained Methodist minister, which allows her to serve and preach in a deprived and formerly industrial Methodist circuit of the West Midlands—the so-called Black Country—while still pursuing her academic service. She preached at the opening ceremony of the eighth General Synod of the Church of England and was the first Methodist and the first woman to preach at the Eucharist at which Archbishop Rowan presided. She writes about Christianity in its formative centuries, as well as about the New Testament. Additionally, she has reflected publicly, at personal cost, upon her experience of being the mother of Arthur, her firstborn son who was born with profound disabilities. For this reason, she has worked on the theological and ecumenical dimensions of L’Arche communities and the Faith and Light movement with Canadian Catholic philosopher, theologian, and humanitarian Jean Vanier. Her drawing room also bears photographic witness that, I think in 1965, she was the first woman to climb the mountain Ranrapalca in the Peruvian Andes.

Without further ado, ladies and gentleman, we look forward to hearing about “Inspiring Service” from them.

[1] Thanks were offered at this point to members of the college who had helped significantly with arranging the event and dinner, among them Lara Avincola, Kevin Dudley, Chris Long, and their departments for their labor and support.