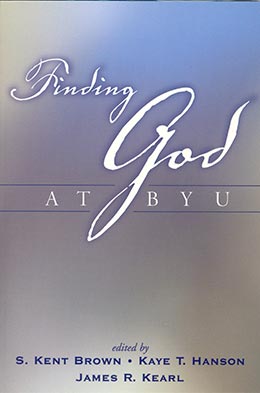 Knocking at the Door

Alfred (Fredy) Gantner was born and reared in Switzerland, where he attended school, served in the Swiss Army, and completed his diploma from the Zurich Business School before he entered the MBA program in the Marriott School of Management at BYU. After graduation, he joined Goldman, Sachs, & Co., where he worked at assignments in New York and London before he transferred to Zurich. He is cofounder and was CEO of Partners Group, an international venture capital/private equity investment manager, when this was published. Fredy and his wife, Cornelia, are the parents of four children.

Marvel not that all mankind, yea, men and women, all nations, kind reds, tongues and people, must be born again; yea, born of God, changed from their carnal and fallen state, to a state of righteousness, being redeemed of God, becoming his sons and daughters; and thus they become new creatures (Mosiah 27:25–26).

Many of you have served a mission. You went from door to door, talked with people in the street, and taught them the gospel. I met my first missionaries about seven years ago in Switzerland through my sister and brother-in-law who are members of the Church. They and other missionaries taught me a long time and with a lot of patience. I often felt a good and even a strong feeling, but I struggled to accept the gospel. Nevertheless, I started thinking about my life and the purpose in life. I realized that my job as a stock-exchange trader gave me a nice salary and earthly comfort, but not a real personal satisfaction. Finally, I decided to quit my job and go back to school to try to go through an MBA program. My choice was BYU. I wanted to find out more about these strange people who had such an important influence on my life.

When the plane was landing over Salt Lake City and I saw the mountains, it was a little bit like a coming home. This feeling has not left me from that moment on. I have been amazed at how many friendly and helpful people I have met in this valley. I have never felt as a stranger because of the spontaneous help and love of a lot of people. Again I was deeply touched by the way the members of this Church are and live.
In ninth grade in high school we read a play with a religious background. It is called Nathan the Wise, written by Gotthold Ephraim Lessing, who lived in the eighteenth century and is one of the most important German philosophers of the Enlightenment. A wise Jewish man named Nathan is called by the Sultan, a Muslim, who gives him a test by asking the question, “Which religion—Jewish, Muslim, or Christian—might be the right one?” Nathan answers this question with a tale that has become famous in German literature as the Ring Parable:

In days of yore, there dwelt in eastern lands
A man who had a ring of priceless worth
Received from hands beloved. The stone it held,
An opal, shed a hundred colors fair,
And had the magic power that he who wore it,
Trusting its strength, was loved of God and men . . .
At last this ring, passed on from son to son,
Descended to a father of three sons;
All three of whom were duly dutiful,
All three of whom in consequence he needs
Must love alike. . . .
And so to each
He promised it, in pious frailty.
This lasted while it might.—Then came the time
For dying, and the loving father finds
Himself embarrassed. . . .
He orders two more rings, in pattern like
His own, and bids him spare no cost nor toil
To make them in all points identical. . . .
In glee and joy he calls his sons to him,
Each by himself, confers on him his blessing-
His ring as well—and dies. . . .
. . . What ensues is wholly obvious.—
Scarce is the father dead when all three sons
Appear, each with his ring, and each would be
The reigning prince. They seek the facts, they quarrel,
Accuse. . . .
The sons preferred complaint;
And each swore to the judge, he had received
The ring directly from his father’s hand.—
As was the truth!—And long before had had
His father’s promise, one day to enjoy
The privilege of the ring.—No less than truth!—
His father, each asserted, could not have
Been false to him; and sooner than suspect
This thing of him, of such a loving father;
He must accuse his brothers. . . .
Thus said the judge: unless you swiftly bring
Your father here to me, I’ll bid you leave
My judgment seat. Think you that I am here
For solving riddles? Would you wait, perhaps,
Until the genuine ring should rise and speak?—
But stop! I hear the genuine ring enjoys
The magic power to make its wearer loved,
Beloved of God and men. That must decide!
For spurious rings can surely not do that!—
Whom then do two of you love most? Quick, speak!
You’re mute? The rings’ effect is only backward,
Not outward? Each one loves himself the most?—
O then you are, all three, deceived deceivers!
Your rings are false, all three. The genuine ring
No doubt got lost. To hide the grievous loss,
To make it good, the father caused three rings
To serve for one. . . .
All three he loved; and loved alike;
Since two of you he’d not humiliate
To favor one.—Well then! Let each aspire
To emulate his father’s unbeguiled,
Unprejudiced affection! Let each strive
To match the rest in bringing to the fore
The magic of the opal in his ring!