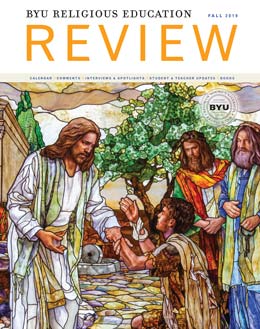 Visualizing the People, Places, and Plates of the Book of Mormon

Tyler J. Griffin (tyler_griffin@byu.edu) was an associate professor of ancient scripture at BYU when this was written.

Have you ever struggled to follow the timeline, movements, or complex storylines found in the Book of Mormon? Have you ever been confused by the various source plates mentioned in the text? If so, you are not alone. Often, readers of the Book of Mormon disengage with various sections of the book because they find it confusing or hard to follow. In so doing, they miss out on discovering and exploring many applicable principles of the gospel embedded within those particular chapters. In an effort to help readers make better sense of the background infrastructure of the book involving the people, places, and plates mentioned in the text, BYU Virtual Scriptures Group[1] has prepared some helpful digital resources that are available for free at VirtualScriptures.org.

The Church recently released an official statement regarding questions of geography in the Book of Mormon: “The Church does not take a position on the specific geographic locations of Book of Mormon events in the ancient Americas. . . . Individuals may have their own opinions regarding Book of Mormon geography and other such matters about which the Lord has not spoken. However, the First Presidency and Quorum of the Twelve Apostles urge leaders and members not to advocate those personal theories in any setting or manner that would imply either prophetic or Church support for those theories. All parties should strive to avoid contention on these matters.”[2]

To not promote anyone’s personal theories regarding exact locations of Book of Mormon events, VirtualScriptures.org includes a geography-neutral Book of Mormon map.[3] It is intentionally not linked to any modern maps of the Americas. Our map is a relational one, based on details found only within the text itself. 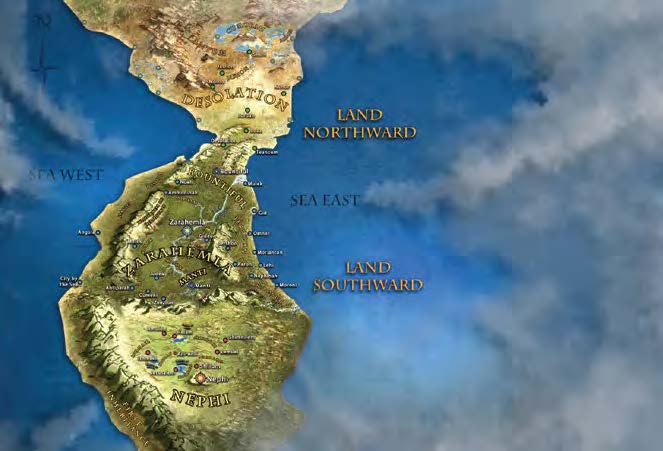 Attempts to visually represent geographical features in the Book of Mormon will naturally lead to judgments that may not always match other interpretations of the same passages.[4] For example, we represent wilderness references in the book as mountains on our map. The wildernesses could have just as easily been unclaimed land, swampland, jungle, desert, or any combination of these or other natural features. It is intended that readers will be able to take our internal map and stretch it, compress it, and modify it to fit whatever model they prefer for their own study purposes.

We are also developing an app that uses our conceptual map to represent every movement (i.e., migration, missionary journey, war campaign, and so forth) in each chapter.[5] When a user selects a chapter that mentions a city or other geographic feature for the first time, that feature will appear on the map. As various locations change hands (e.g., a Nephite city falls to the Lamanites), the city color will change. This allows readers to visually track the details of the story, rather than having to interpret and remember multiple layers of complex textual details.

In addition to showing movements, the app will include a time stamp for each chapter, allowing readers to get a sense for when the book gives a flashback, covers dozens of years in a few verses, or covers a few years over many chapters. The app will also give readers a bibliography on every person and every place name in the book. These descriptions will include every reference in the text that mentions a selected name. 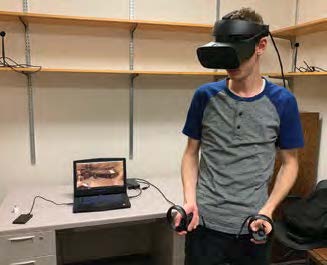 Bryan Platamone in the virtual reality version of Mormon’s Cave

Another Book of Mormon app included at VirtualScriptures.org is Mormon’s Cave.[6] We have ten different secondhand accounts from people who saw this cave in vision.[7] This app is our effort to visually harmonize and synthesize those accounts with what the Book of Mormon says about all of its source plates. In the app, readers will see a physical representation of the large plates of Nephi (an extensive collection of plates), the small plates (a stack measuring less than half an inch thick), twenty-four Jaredite plates, the brass plates, the plates of Mormon, and many other unnamed plates, scrolls, and codices described in the ten accounts.

The app will give a basic overview of how each resource contributed to the compilation of what would become our Book of Mormon today. It also includes a representation and description of the sword of Laban, the Liahona, and the Urim and Thummim, with its accompanying breastplate. Users of the app will be able to interact with these objects and learn more about them through a hands-on experience, including games such as puzzles and Book of Mormon trivia. The goal of the app is to provide an immersive experience that is both fun and educational. 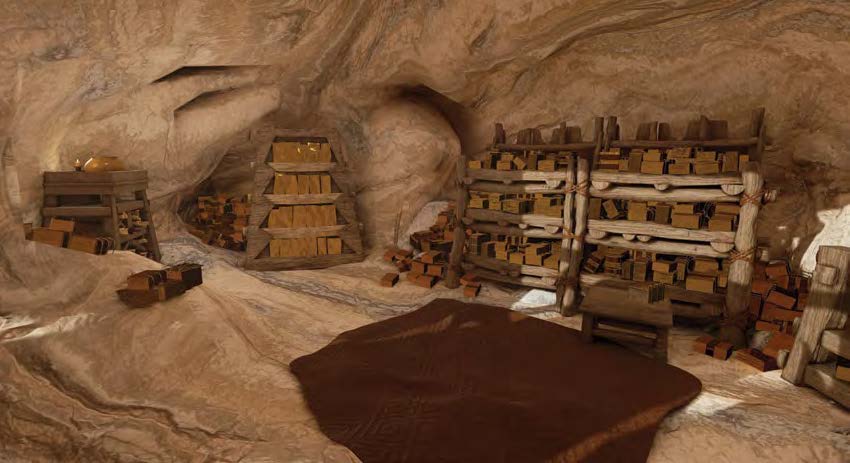 VirtualScriptures.org also includes access to our Virtual New Testament App, which is a digital re-creation of Jerusalem at the time of Christ.[8]

Many of these apps are also currently available in virtual reality (VR). As technology progresses, more work will be done to help the scripture experience become more digitally immersive for the rising generation. The intent is not to replace the reading of scripture, but to broaden it and enhance it. We have tried to remove many pain points that often prevent people from engaging with certain parts of the scriptures so that the story can now come to life and prompt new excitement to study the text deeper than ever before. Our efforts are based on the belief that it was the Lord who inspired the invention of these technologies. The resources discussed here are our initial attempts to use those technologies to give readers one more avenue to increase understanding, deepen discipleship, and increase faith in the Lord Jesus Christ.

[1] This group was started back in 2011 by Tyler Griffin (Ancient Scripture Deptartment), Taylor Halverson (Center for Teaching and Learning), and Seth Holladay (Center for Animation). Many administrators in BYU Religious Education have generously provided financial support. We have hired dozens of students to work on various products through subsequent years. We could not have accomplished what we have done without their vision, expertise, and dedication. We also owe a debt of gratitude to Richard Crookston and his team of student employees for helping us with the website and more recent app development efforts.

[2] . “Book of Mormon Geography,” The Church of Jesus Christ of Latter-day Saints, https://www.churchofjesuschrist.org/study/manual/gospel-topics/book-of-mormon-geography?lang=eng.

[3] Josh Cotton was the student employee who created the initial map. We are currently working on version 40 (this is an iterative process that has taken many years), but we still use the foundational outline and background that Josh created in version 1.

[4] We get most of our geographic references from Mormon. He was called to be the leader of the Nephite armies in his sixteenth year (see Mormon 2:1–2) and led them through many decades of conflicts as both their chief captain and as a prophet. The last battle took place at Cumorah when Mormon was approximately seventy-three years old (see Mormon 6:5–6). Because he spent the majority of his life as a leader of the Nephites in the Land of Zarahemla, his geographical references in that part of the land are much more detailed than those describing the Lamanite controlled land of Nephi. For instance, read Alma 51:26 while referencing our map. Note how Mormon lists six Nephite cities in a specific order from south to north, “all of which were on the east borders by the seashore.” In contrast, we are less confident in the orientation and relational placement of the Lamanite cities mentioned in Alma 23:9–12. This lack of specific detail is an even bigger struggle when trying to place geographic features in the land northward, where the Jaredite story took place.

[5] Paul Schwartz has been the student designer and creator of this app.

[6] Ethan Hunsaker created our original version of the cave app, and Bryan Platamone has extended his work to create the current version, complete with interactivity in both the 3-D and VR versions of the app.

[8] All of our work on the Virtual New Testament App was done in collaboration with the Church Motion Picture Studios.