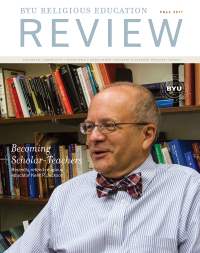 Around the World with the RSC

Each year, the Religious Studies Center (RSC) at BYU publishes several fascinating books on a vast number of topics, but never before have we published so many stories from so many different places not only within the United States but around the world. Many of these books will take you on wonderful journeys of Church history from Italy to Hawaii, from Arizona to England, from Taiwan to Utah’s Dixie, and from Canada to Mexico!

Italy: Mormons in the Piazza will transport you to Italy in the 1850s, where you will travel through time up to the present day to experience what the Italian Latter-day Saints felt amidst a backdrop of historical forces—political upheaval, world wars, social change, and internal Church dynamics. This book, writes Richard Neitzel Holzapfel, “is certain to become the seminal work not just of the history of the Latter-day Saints in Italy but also of ‘how new religious movements arise, expand, and take root in societies around the world.’”

Hawaii: With Kalaupapa, you will be whisked away to a peninsula on the Hawaiian island of Moloka‘i, where people afflicted with leprosy (known today as Hansen’s disease) were exiled by the king of Hawai‘i. Kalaupapa is separated from the rest of the world with sheer cliffs on one side, the ocean on the other three, and limited contact with loved ones. Learn how the people of Kalaupapa transcended their trials and found joy in life.

Arizona: In Pioneer Women of Arizona, you can walk alongside Mormon girls, young women, mothers, and grandmothers who traveled to Arizona by covered wagons and by train. This book is filled with numerous stories of remarkable women who traversed the harsh terrain, drove teams, and cared for their husbands and children while their men trailed the cattle, and were vital in settling the Arizona Strip and along the Little Colorado, San Pedro, Gila, and Salt Rivers.

England: In The Field Is White, travel with Wilford Woodruff and other Apostles to England to discover the story of remarkable missionary success in the Three Counties area of England. You will discover how this group of people, along with their friends and neighbors who were also seeking religious truth, were prepared to receive the message of the restored gospel.

Taiwan: In Voice of the Saints in Taiwan, you will journey with the earliest missionaries who went among the people in Taiwan and will learn of the sacrifice of early Chinese pioneers who helped establish the restored gospel of Jesus Christ among their own people. These stories provide a comprehensive overview, along with personal examples of faith and devotion, covering the sixty-year history of the growth and development of the Church in Taiwan.

Utah’s Dixie area: In Dixie Saints, you’ll learn about the daily lives of Saints who grew up between the late 1800s and the early 1900s in the villages of southern Utah, including St. George, and nearby Nevada and Arizona. Explore the many stories detailing their struggles and their achievements during childhood in large families, their experiences in one-room schools, their physical work (all without machines), their health challenges and herbal medicine, and their dealings with American Indians and with the Mexican exiles from the 1912 Revolution.

Canada: Canadian Mormons will take you on a journey of the rise and progress of the Church throughout Canada. It has all the elements of a great saga, such as early faithful missionaries (including the Prophet Joseph Smith) preaching in eastern Canada in the 1830s and 1840s, and the exodus of early Canadian converts who joined with the main body of the Church in Ohio, Missouri, and Illinois and then trekked across the Great Plains to Utah in the Rocky Mountains. It is the story of an ongoing missionary effort from late nineteenth century, throughout the twentieth, and into the twenty-first with a vast number of missionaries and the sustained effort of thousands of lay leaders and members laboring relentlessly to build up the Church in Canada.

Mexico: With Martyrs in Mexico (2018), witness the moment when one of the executioners of these martyrs exclaimed, “What bravery! They died with their boots on!” This after martyrs Rafael Monroy and Vicente Morales received the fusillade of bullets that pierced their bodies. The terror of facing an execution squad notwithstanding, no cowering, begging, or hysterics marred their calm and stalwart resolution not to renounce their faith, even when the Zapatista commander had given them that chance at freedom. The men responded by reaffirming their religious convictions, emphasizing that the only arms they possessed were not the concealed military weapons they were accused of hiding but rather their sacred texts—the Bible and the Book of Mormon.

As you embark on this global tour of Church history, we wish you “bon voyage”!