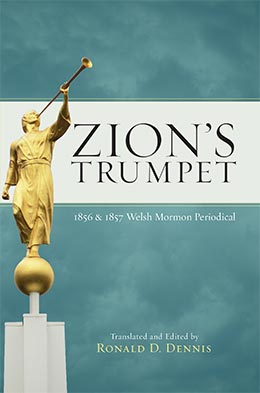 The fifty-two issues of Udgorn Seion (Zion’s Trumpet) published during 1856 and 1857 served to keep Latter-day Saints all over Wales abreast of the latest direction and information from their leaders in Swansea. The principal focus of the first few 1856 issues was emigration, and in April of that year over 500 Welsh Mormon converts set sail on the S. Curling. Over half of this group crossed the plains with the Edward Bunker handcart company. Daniel Daniels, the new editor of the periodical, was happy to publish periodic reports from his predecessor Dan Jones about the emigration. During his second year as editor of Zion’s Trumpet, a worried Daniels printed reports about the Utah Expedition under Colonel Albert Sidney Johnston, which was advancing toward Salt Lake City, where his wife and children were living.